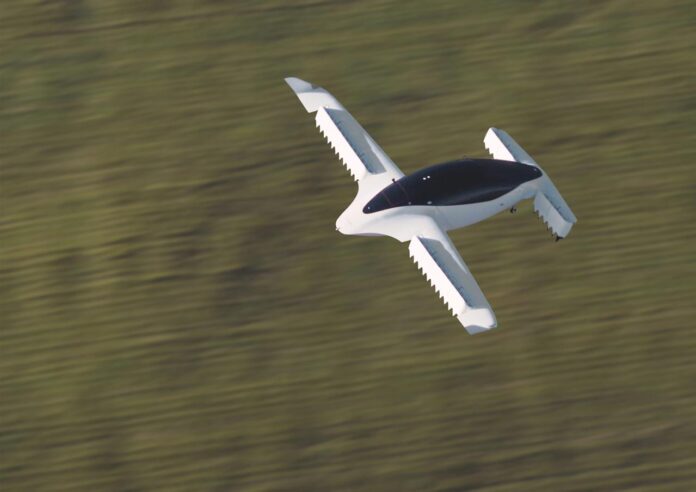 BERLIN: A prototype flying taxi has achieved speeds in excess of 100 km/h (62 mph), its German developer Lilium said on Tuesday, giving it confidence to expand production capacity ahead of a planned commercial launch in 2025.

Munich-based Lilium is one of a clutch of startups working on battery-powered aircraft that can take off vertically, potentially sparing future travellers the hassle of an airport check-in or delays due to road traffic.

Powered by 36 electric motors, the Lilium sports a fixed-wing design that its makers say will give it an efficiency and range advantage over more drone-like competitors, such as German rival Volocopter and Britain’s Vertical Aerospace.

“We are taking tangible and concrete steps towards making our vision of regional air mobility a reality, and we are doing it on time,” said CEO Daniel Wiegand, who founded Lilium in 2015 with three friends from the Technical University of Munich.

The test flights come six months after the five-seater Lilium first staged a test “hover” at a Munich airfield. For now, Lilium is testing its air taxi by remote control, but it will bring in on-board pilots later to be certified airworthy.

Ultimately, its creators say, the Lilium will be able to complete a 300 km inter-city “hop” in an hour, offering an affordable and emissions-free alternative to travelling by commercial airline, road or rail.

The company has completed a first manufacturing facility in Munich, with a second under construction that will enable it to make hundreds of craft a year by the middle of the next decade.

Lilium is meanwhile working with European flight safety regulators to get the aircraft certified – a prerequisite for commercial operation. Tests so far have included engine and flap failures, and fuse-blow tests, both in flight and on the ground.

“What we’re seeing is how well the aircraft can cope with such a failure mode, which ultimately is the critical bit for certification,” chief commercial officer Remo Gerber told Reuters. “The whole system needs to be able to react smoothly if something goes wrong.”

Lilium, which has so far raised $100 million in backing from investors led by Atomico, Tencent, LGT and Obvious Ventures, plans to run Lilium as an airline together with local operator-partners.

The cost of making the aircraft will work out at less than a tenth of the annual cost of running it, Gerber said, adding Lilium was in talks on launching in one or more markets.

That puts it a step behind Volocopter, which said recently it would form a partnership with Zhejiang Geely Holding Group to bring its air taxis to China.

Volocopter, backed by carmaker Daimler, also sees Singapore as a hub for its electric helicopters, this week showcasing a prototype “vertiport” in the island state. It says air taxi operations are two to five years away.