‘US, China close to finalising parts of trade deal’ 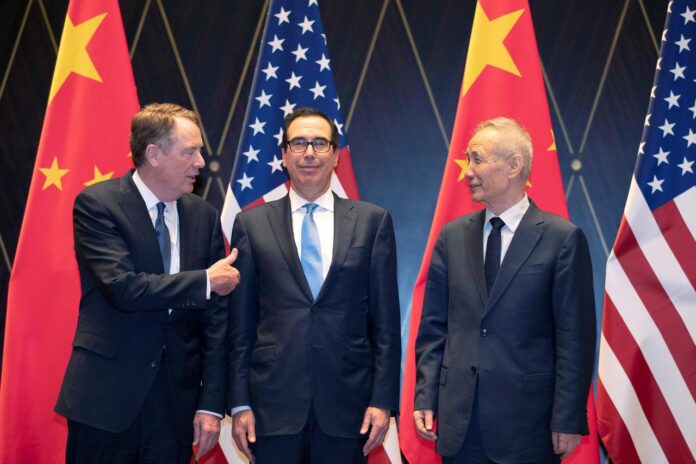 WASHINGTON: Washington and Beijing are making “headway” on key issues in their ongoing trade dispute and discussions will continue, the US Trade Representative’s office said following a phone call between senior officials.

President Donald Trump heralded a major win in his offensive against China two weeks ago, saying the economic powers were close to concluding a “substantial phase one deal.”

However the details were, and remain, scarce and the two sides have not announced rollbacks of existing tariffs on hundreds of billions of dollars in trade.

“They made headway on specific issues and the two sides are close to finalising some sections of the agreement,” the statement said.

While the statement did not provide any specifics, it said, discussions “will go on continuously at the deputy level and the principals will have another call in the near future.” Trump said China committed to a surge in purchases of American farm products and the deal also covers intellectual property, financial services and currencies.

The White House held off on a massive tariff increase planned for October 15 on $250bn in Chinese goods but new 15pc tariffs on another $150bn in goods are still scheduled for December. Trump said he expected to sign an agreement with Chinese leader Xi Jinping on the sidelines of the APEC summit in Santiago, Chile in mid-November.

“China wants a deal. They’d like to see some reductions in tariffs.” With hundreds of billions of dollars in two-way trade now subject to steep tariffs, there are mounting signs the trade war — now in its second year — has damaged the world economy, adding to pressure on both sides to strike a deal.