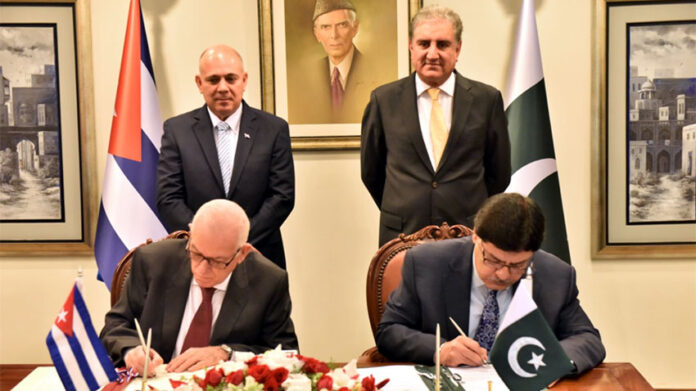 Talking to Cuban Vice President Roberto Morales Odeja in Islamabad today, he said there is enormous potential for Pakistan and Cuba to enhance cooperation in health and agricultural sectors.

Appreciating the Cuban advancement in the field of biotechnology, the foreign minister proposed collaboration in research and development for the production of life saving vaccines.

Interior Secretary Azam Suleman and Cuban Ambassador in Pakistan Gabriel Capote signed the agreement which will be applicable to only people having official passport and diplomatic positions.

Under the agreement, the people who have diplomatic, official and special passports will not require a visa to enter each other’s country.

The visa agreement will help expand bilateral relations and strengthen trade, cultural and diplomatic ties between the two countries.