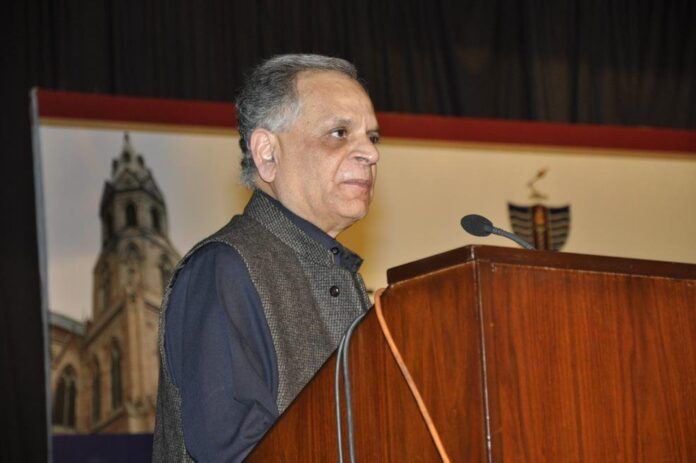 LAHORE: A senior member of the Associated Group Limited has shown extreme concern that it has been over 60 days since Mr Iqbal Z. Ahmed, Chairman of Associated Group (AG), was arrested by NAB in a dramatic manner on September 4. No formal charges framed against him to date and Mr Ahmed’s liberty has not been restored.

After 47 days in NAB custody, Mr Ahmed was transferred to judicial custody on October 21, 2019.

The Sindh High Court, through its Order of Oct 15, 2019, directed NAB to provide a questionnaire to him, which till the filing of this report has not been furnished to the accused.

Furthermore, the NAB chairman recently revealed that “no concrete evidence has emerged” in the inquiry against Mr Ahmed. In fact, it appears that NAB opted to arrest Mr Ahmed without any cogent evidence, while also being absolutely unclear about the precise nature of the allegations it seeks to level against him.

During the court proceedings on November 2, the NAB Investigation Officer in the case submitted a progress report which “contains several false statements,” according to a legal counsel of Mr Ahmed, M. N. Beg.

The counsel also asserted that “in the fifth NAB progress report, the Investigation officer has not been able to link Mr Ahmed to any specific Money Laundering charge,” which was the purported grounds for arrest.

A heart and diabetes patient, Mr Ahmed nearing 74, is known for having demonstrated a risk-taking appetite for large-scale energy infrastructure projects in Pakistan with pioneering initiatives in LPG and LNG sectors. JJVL, Jamshoro Joint Venture Limited, which commenced operations in 2005, has saved “an estimated US$ 727 million in foreign currency by replacement of LPG imports by local product,” according to a company handout. Operated and maintained by Exterran, an NYSE-listed company, JJVL Plant at present has a replacement value estimated at the $200 million.

Under a Supreme Court order in December 2018, SSGC and JJVL work together to maximise value for SSGC pipelines by extracting the liquids so that pipelines are not choked and the extracted condensates form part of the value-chain in the country gas infrastructure. “Having set-up a world-class LPG production company in one of the country’s remotest parts, Deh Shah Bokhari, Sindh, has won JJVL international recognition including by Platts Businessweek Awards for operational and industrial excellence in the energy sector,” as communicated in AG statement.

“In the fifth progress report, all matters and affairs the investigation officer refers to are taken from the audited balance sheets of the Company and are fully justifiable,” AG commented.

In a marked departure from the standard operating procedure of NAB wherein, a questionnaire is issued, an inquiry is held, summons are sent and so on, in Mr Ahmed’s case, none of the steps were taken, which is in contravention of NAB standard operating terms.

That a private businessman, who has been one of the country’s highest taxpayers and undertaken large domestic investments, including a recently-signed EPC contract with a Chinese state-company, Xinjian Petroleum and Engineering Company (XPE) of around US$ 100 million for setting up of a LNG Terminal, be meted such treatment is a setback to the business sentiment in the country and particularly affects the already beleaguered LNG sector, which was till a year ago one of the most promising new sectors in Pakistan for foreign investors.

It is worth noting that without involving any government guarantees for off-take or purchase of LNG, Mr Ahmed signed with a Chinese government-owned company a contract which allows credit to Pakistan without any financial instrument from either the government or any banks.