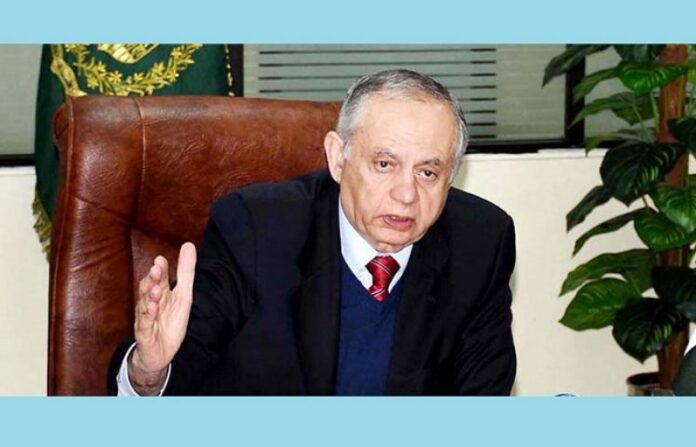 ISLAMABAD: Special Adviser to the Prime Minister on Commerce, Abdul Razak Dawood, said on Friday, that bilateral trade would see significant enhancement after the execution of China-Pakistan Free Trade Agreement-II (CPFTA-II) by December 1.

He said that after the implementation of the CPFTA–II, China Pakistan Economic Corridor (CPEC), including Business-to-Business relations, would enhance rapidly in the days to come.

Addressing a press conference on his return from a visit to China, Abdul Razak Dawood said that China International Import Expo (CIIE) Shanghai provided good opportunity to Pakistani exporters to showcase their products in the second largest import market of China.

He said that that around 63 countries had registered for the exhibition and over 3,000 businesses from more than 150 countries, attended the China International Import Expo.

This year’s expo included two key categories, country pavilions and business stalls. Around 35 exporters from Pakistan displayed their products in the Expo, he added.

The adviser highlighted the importance of strengthening a rules-based multilateral trading system under the WTO, by safeguarding its fundamental principles of non-discrimination, consensus-based decisions, and special and differential treatment in all negotiations for developing countries like Pakistan.

He expressed concern over the recent developments in global trade relations, which may put the multilateral system at risk. He informed the 35 participants of the meeting pointed out that any reform of WTO must not alienate developing countries, but should make it easier for them to pursue their sustainable development objectives and gain an equitable share in the technological and industrial expansion across the globe.

He called for an immediate resolution to the deadlock on the WTO’s appellate body and emphasized the need for a functioning Dispute Settlement Mechanism for the system, particularly for developing countries.

He underscored the importance of Agriculture and Fisheries sectors for Pakistan and re-assured members of Pakistan’s participation in these negotiations with a view to safeguarding the interests of their farmers and small-scale fishermen.