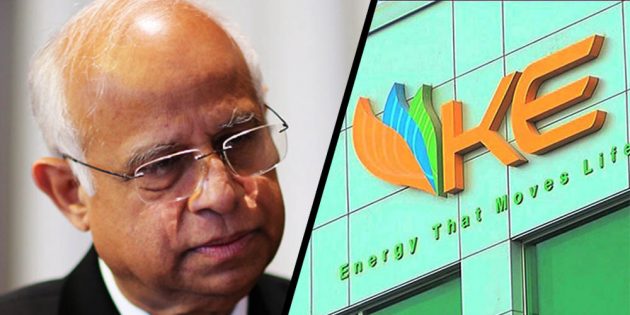 In a letter sent to the board of directors on October 21, and seen by Profit, the former chairman explained that he was unhappy about the construction of two power plants at Bin Qasim port, the 700 MW coal-fired plant, and the 900 MW RLNG-based plant.

“With surplus electricity available in South of Pakistan, the projects are not justified.” Sehgal wrote in his letter.  “While respecting the will of the majority, in the given circumstances, please record that I am withdrawing my assent given at the last BoD meeting”.

Previously, K-Electric had acquired land for the construction of the coal plant in 2016, and entered into a joint agreement with China Datang Overseas Investment Company, and China Machinery Engineering Company (CMEC). The company had also signed an investment deal of $650 million with Siemens and Harbin Electric International for the construction of the RLNG plant, known as BQPS III. The project was approved in 2017, and is expected to be commissioned in 2021.

The former chairman was unhappy with the deals taking place while takeover talks with Shanghai Electric were still ongoing.

“Why are we rushing this when we can wait till Shanghai Electric takes over and makes the necessary investment?” Sehgal wrote. “The additional debt will be a huge burden for KE – and ultimately will be paid by the consumers.”

When reached for comment, K-Electric spokesperson Khayyam Siddiqi wrote via email, “this [RLNG] plant is a step towards ensuring affordable power to consumers and will also lower the burden on the national exchequer.”

“It is important to reiterate that detailed studies were undertaken to explore all possible solutions for increase in generation capacity,” the email stated. “This investment is also critical to meet Karachi’s rising peak power demand which has grown at a Compound Annual Growth Rate (CAGR) of 5.2pc from FY2012 to FY2018.”

Separately in the letter, Sehgal also expressed his frustration with the timing of the meeting, which took place while he was away between October 16 and 28.

“This rushed BoD meeting will only add to the unfounded rumours about kickbacks gaining unnecessary credibility,” he wrote.

Sehgal also added that the board should avoid a “REKO DIQ-like situation for this strategic asset.” Sehgal had previously been highly critical of the Reko Diq copper and gold mine in Balochistan. In July 2019, he wrote three separate opinion articles for the Daily Times regarding the mine.

Earlier, K-Electric cited “personal reasons” for Sehgal’s resignation. The company’s press statement added that a new chairman will be appointed during the next meeting of the board of directors.

Ikram Sehgal was elected as chairman on January 18, 2019, succeeding Tayyab Tareen who had resigned from the role. Sehgal was previously well known as the chairman of Pathfinder Group, Pakistan’s largest security services company, and as a defence analyst in print and electronic media.

A source close to K-Electric had claimed that other board members had developed differences with Ikram Sehgal, specifically over his attitude. The source said that Sehgal had been “throwing his weight around”, and had been using K-Electric to sponsor events to build his own personal profile.

However, the K-Electric spokesperson denied any rumours of a rift.