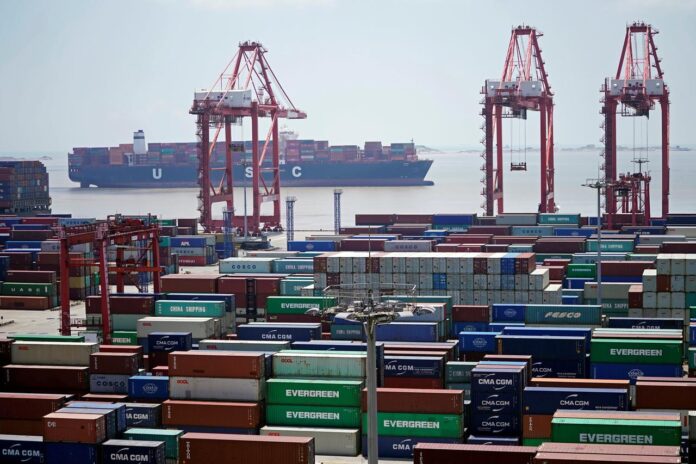 PARIS: The global economy is growing at the slowest pace since the financial crisis as governments leave it to central banks to revive investment, the OECD said on Thursday in an update of its forecasts.

The world economy is projected to grow by a decade-low 2.9pc this year and next, the Organisation for Economic Cooperation and Development (OECD) said in its Economic Outlook, trimming its 2020 forecast from an estimate of 3pc in September.

Offering meagre consolation, the Paris-based policy forum forecast growth would edge up to 3pc in 2021, but only if a myriad of risks ranging from trade wars to an unexpectedly sharp Chinese slowdown are contained.

A bigger concern, however, is that governments are failing to get to grips with global challenges such as climate change, the digitalisation of their economies and the crumbling of the multilateral order that emerged after the fall of Communism.

“It would be a policy mistake to consider these shifts as temporary factors that can be addressed with monetary or fiscal policy: they are structural,” OECD chief economist Laurence Boone wrote in the report.

Without clear policy direction on these issues, “uncertainty will continue to loom high, damaging growth prospects,” she added.

Among the major economies, US growth was forecast at 2.3pc this year, trimmed from 2.4pc in September as the fiscal impulse from a 2017 tax cut waned and amid weakness among the United States’ trading partners.

With the world’s biggest economy seen growing 2pc in 2020 and 2021, the OECD said further interest rate cuts would be warranted only if growth turned weaker.

China, which is not an OECD member but is tracked by it, was forecast to grow marginally faster in 2019 than had been expected in September, with growth of 6.2pc rather than 6.1pc.

However, the OECD said China would keep losing momentum, with growth of 5.7pc expected in 2020 and 5.5pc in 2021 in the face of trade tensions and a gradual rebalancing of activity away from exports to the domestic economy.