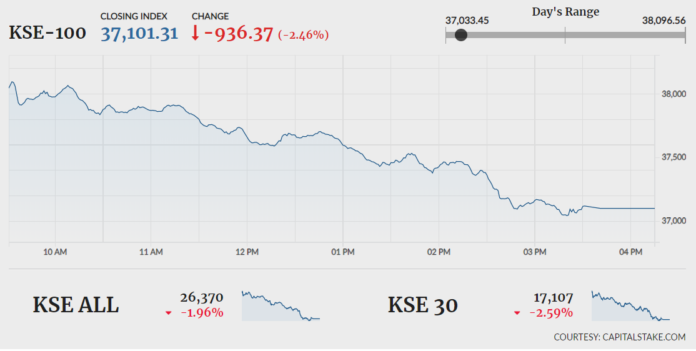 KARACHI: The Pakistan Stock Exchange (PSX) took a pounding on Thursday, with the benchmark KSE-100 Index dropping by over 1,000 points intraday.

Foreign investors, on the other hand, remained net buyers for the third consecutive session on Wednesday with a net inflow of $3.28 million. Major buying was witnessed in the banking sector ($1.30 million).

In a notification to the exchange, Avanceon Limited (AVN -0.66pc) announced that the company has been awarded a contract for the up-gradation of Emergency Shutdown (ESD) System at Lotte Chemical Pakistan Limited (LOTCHEM -2.48pc) plant situated at Port Qasim, Karachi.