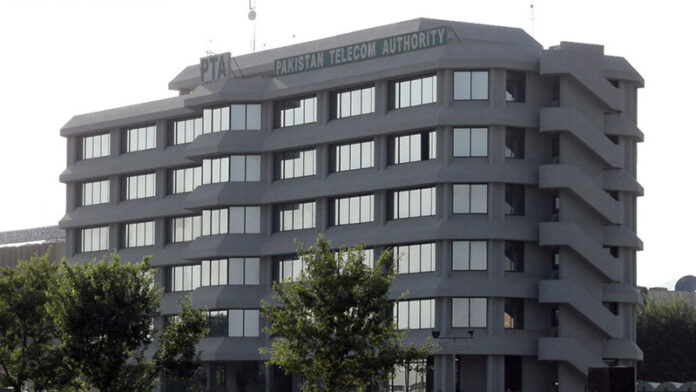 ISLAMABAD: Pakistan Telecommunication Authority has released a detailed response to Michael J Abramowitz, President of the Freedom House – an NPO watchdog organization working for “freedom and democracy around the world”, and negated the claims made in the report by the said NPO titled “Freedom on the Net: The Crisis of Social Media”.

As per the report, PTA has responded to the claims in concern and have negated allegations of suspending internet services during elections time and of a new surveillance programme. The report read, “Most content of the said report is based on newspaper articles to which PTA has been responding from time to time as the articles contained inaccurate information. The main report and country report seem heavily biased and one-sided in portraying internet freedom in Pakistan.”

Clarifying the allegations, PTA’s stated, “Data services were only temporarily suspended for a short period of time in certain areas during elections/processions or large public gatherings. This was done under relevant laws to ensure the security of the public.”

On the issue of internet surveillance, PTA said, “Web Monitoring System (WMS) is being deployed by the telecom operators to facilitate in the identification and eradication of grey traffic causing huge loss to the national exchequer, and PTA’s assigned roles as mandated under Pakistan’s Prevention of Electronic Crimes Act (PECA 2016). Any perception regarding WMS curtailing privacy or limiting the freedom of internet users is false.”

In addition to answering the claims of the report, PTA also said that the country report on Pakistan was analyzed and discrepancies were found. “For instance it states…that ‘over 800,000 websites are blocked, including political, religious and social content’. Under PECA 2016, PTA has been mandated to block/remove unlawful content hosted on the internet. This may include content, that is, blasphemous, indecent, pornographic, defamatory, impersonation, and anti-state etc. The figures reported here have been misquoted and misattributed to political, religious and other social content. PTA has blocked more than 830,000 pornographic web links.”

On allegations that PTA was creating obstacles for service providers, the authority said that it has already clarified its position regarding media statements. “It is unfortunate that the report does not mention those [statements]. All procedures related to license renewals were based on established benchmarks, consultations with stakeholders, policy principles and market dynamics of Pakistan so that the Government of Pakistan, consumers and cellular mobile operators continue to benefit.

“This development will not only contribute towards the continued provision of better telecom services to the people of Pakistan but will also help in the promotion of competition and investment in the telecom sector of Pakistan. Moreover, two licensees have made a partial payment as per license renewal conditions in accordance with Court orders. Users continue to be provided with uninterrupted services.”

With regard to content restriction/blocking, PTA clarified that the authority is mandated to block/remove unlawful content hosted on the internet. “The insinuation as presented on page 14 that ‘PTA restricts content in a non-transparent and arbitrary fashion’ is grossly incorrect. PTA takes necessary action for blocking/removing after thoroughly checking the reported content.”

Political dissent in certain areas was also mentioned in the country report from Washington’s NPO. On this, the PTA said, “Under Article 19 of the Constitution of Pakistan, 1973, freedom of expression has been guaranteed, subject to any regulation and reasonable restrictions imposed by law in the interest of the glory of Islam or the integrity, security or defence of Pakistan. Moreover, militant groups inciting violence and promoting hate speech on the internet cannot be permitted to do so. PTA is working diligently under the law of the country and only takes action in accordance with the law.

“With regard to the government placing restrictions on anonymous connections mentioned on page 24; it is important to mention that all social media platforms also discourage anonymous users by removing or restricting such accounts/users since they carry wide implications and security risks. Furthermore, in 2015, as an added authentication step, it was mandated that all SIM cards must be verified through biometric fingerprints.”