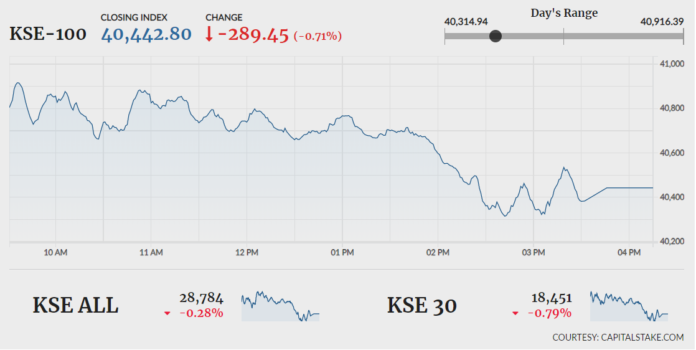 KARACHI: It was a dull start to the week at the Pakistan Stock Exchange (PSX) where the indices traded within a narrow range before closing the session in the red.

On the economic front, Pakistan has signed a $1.30 billion loan agreement with the Asian Development Bank. Out of the total loan, $1 billion has been earmarked for budgetary support while $300 million has been set aside for energy sector reforms.