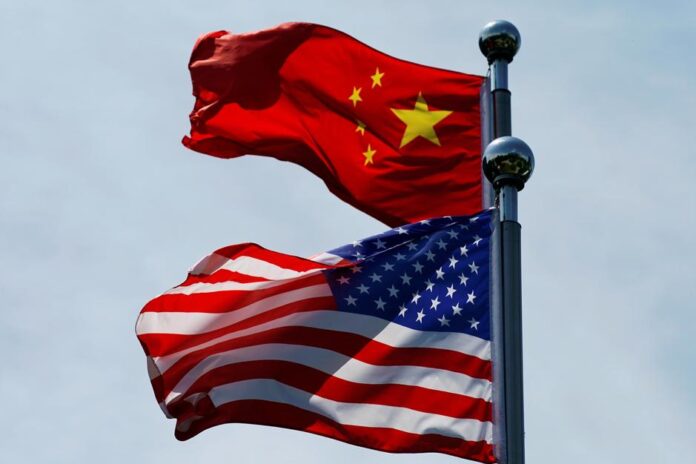 WASHINGTON/BEIJING: Washington has set its terms for a trade deal with China, offering to suspend some tariffs on Chinese goods and cut others in exchange for Beijing’s buying more American farm goods, US sources said.

Beijing’s silence, however, raised questions over whether the two sides can agree a truce in their trade war before a new round of tit-for-tat tariffs takes effect on Sunday.

A source briefed on the status of bilateral negotiations said the United States would suspend tariffs on $160 billion in Chinese goods expected to go into effect on Sunday and roll back existing tariffs.

In return, Beijing would agree to buy $50 billion in US agricultural goods in 2020, double what it bought in 2017, before the trade conflict began, two US-based sources briefed on the talks said.

China’s yuan jumped to a four-and-a-half-month high against the US dollar and Chinese shares rallied on Friday on hopes the two sides will avoid further escalation of the trade war. Neither Washington nor Beijing made official statements about a deal, however, raising questions about whether the terms had been agreed by both sides.

New Chinese tariffs on US goods are due to take effect at 0401 GMT Sunday and new U. tariffs on Chinese goods will apply at 0501 GMT. Both would need to make formal announcements to postpone or cancel the tariffs.

Washington had offered to cut existing tariffs on Chinese goods by as much as 50pc and suspend the new tariffs scheduled for Sunday to secure phase one of deal first promised in October, two people familiar with the negotiations had said earlier on Thursday.

One of those people told Reuters that US President Donald Trump and his top advisers agreed on the terms for a proposal, possibly a final offer, and were now waiting for Beijing to sign off in writing.

A Beijing-based US business community official also told Reuters he viewed the reported deal more as a “final offer” that has been approved by Trump but not yet affirmed by Beijing.

Chinese foreign ministry spokeswoman Hua Chunying, asked about the status of the trade talks during a daily briefing on Friday, did not comment on whether an agreement has been reached or specific terms of any deal with the United Sates.

“China is committed to constructive dialogue to resolve and manage our differences, and believe … the deal must be mutually beneficial,” she said.

Some analysts doubted China could deliver such a dramatic increase in agricultural purchases. For instance, demand for soybeans – a key US product used for animal feed – is down after African swine fever devastated China’s pig herd. It also made a big increase in corn purchases unlikely, they said.

Ramping up purchases of other US farm products such as beef would be hard, too, they said.

“There’s just no logistical way that they can double imports in a year,” said Darin Friedrichs, senior Asia commodity analyst at INTL FCStone.