Revised revenue target to be reviewed in upcoming quarters: IMF 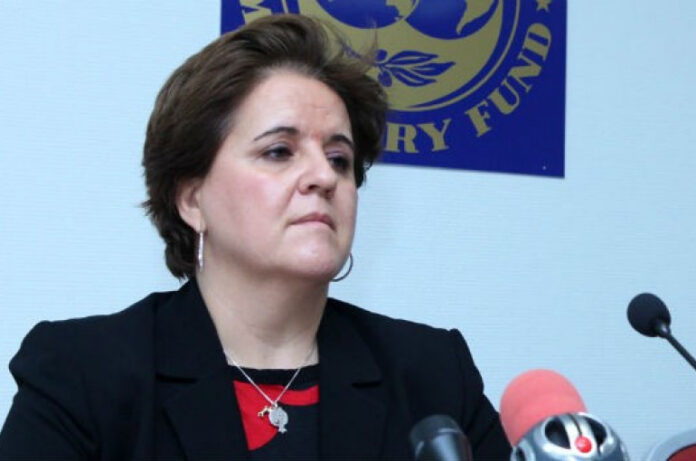 ISLAMABAD: Following the first quarterly review of the International Monetary Fund’s Extended Fund Facility (EFF) for Pakistan, the IMF’s resident representative has claimed that like other initiatives, the reduced revenue targets for Pakistan would also be reviewed in next quarters of the programmes.

Talking about the downward revision in the revenue target (Rs5.23 billion) by the IMF Executive Board, Teresa Daban Sanchez said that the board might have considered Pakistan’s stance that contraction in imports, the major source of revenue for Federal Board of Revenue (FBR), was the biggest reason behind not meeting the ambitious target of Rs5.55 trillion in the financial year 2019-20.

According to her, trade-related tax revenues were expected to remain subdued as declining imports continue to weigh on collections—more than 40pc of total tax revenue in Pakistan was collected at import stage.

Talking to a selected group of journalists at the Sustainable Development Policy Institute (SDPI) on Tuesday, the IMF resident representative said unlike the negativity in media regarding expected hike in electricity & gas prices and inflation, the EFF programme has started showing sustainability in various sectors of Pakistan’s economy. She said IMF was not asking for any increase in utility prices but to adjust the cost of generation with the tariff so that power sector losses could be avoided.

She highlighted various steps that Pakistan must take in the coming months to fully benefit from the programme. “Implementation on the already approved Public Finance Management Law will facilitate the country in long term sustainability of fiscal discipline.

She emphasized on harmonization of general sales tax for which a joint working group would be constituted by March 2020. She noted that lack of coordination between centre and provinces was also an issue in Pakistan, adding that to address this issue, a Fiscal Coordination Committee would meet on a quarterly basis.

On governance in the state-owned entities, she said the government would be completing the process of privatizing two LNG plants by the end of this financial year. Besides, she added, it would publish the audits of Pakistan International Airline and Pakistan Steel Mills (PSM) by the end of this month.

The IMF official maintained that any resistance to reform from vested interests could undermine the programme’s fiscal consolidation strategy.

“The absence of a majority by the ruling party in the upper house and provinces may underdeliver on the surplus commitments. Failure to get out of the FATF grey list could have implications of capital inflows to Pakistan.”

As per the IMF’s quarterly review report, Pakistan has made progress on Anti-Money Laundering and Combating the Financing of Terrorism (AML/CFT) deficiencies, but “much remains to be done”.