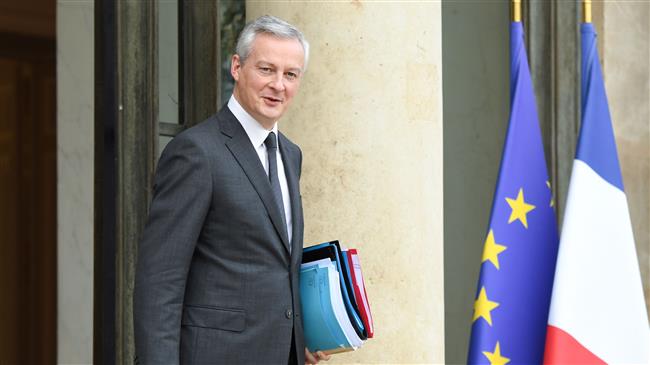 Washington has threatened to impose duties of up to 100pc on imports of champagne, handbags and other French products worth $2.4 billion after a US government investigation found the French tax would harm US technology companies.

“If the Americans decide to go ahead and impose sanctions against the digital tax … in this case we would retaliate,” Le Maire told France Inter radio.

“If there were to be sanctions, and it is a possibility that we will take sanctions, we would immediately contact the WTO (World Trade Organization)”, he added.

Le Maire said he had sent a letter on the issue to US trade negotiator Robert Lightizer and was also going to discuss it with US Treasury Secretary Steven Mnuchin by phone.

“If the US were to decide to impose trade sanctions against the EU over the French Digital Services Tax, it would deeply and durably affect the transatlantic relationship at a time when we need to stand united,” the minister wrote in the letter seen by Reuters.

Le Maire also said in the letter that France was “in touch with the European Commission and other EU Member States on the subject” and that they were “contemplating the various options to defend our trade rights in a proportionate and determined manner, as we have in the past” .

Paris has long complained about US digital companies not paying enough tax on revenues earned in France.