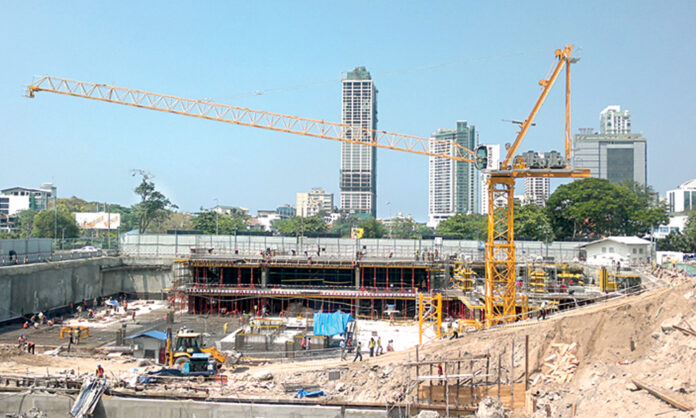 ISLAMABAD: Adviser to Prime Minister on Finance and Revenue Dr Abdul Hafeez Shaikh on Monday chaired the meeting of the Executive Committee of the National Economic Council (ECNEC) at the Cabinet Division.

The ECNEC considered and approved seven projects put forth by the Ministry of Planning, Development and Special Initiatives.

The committee considered and approved the ‘Southern Punjab Poverty Alleviation Project (SPPAP Revised-III)’ at a cost of Rs15.52 billion, with Rs7.5 billion as foreign exchange component (FEC). The Punjab government and the International Fund for Agricultural Development (IFAD) would finance the project, which aims to contribute to poverty reduction in the Southern Punjab region. The project is expected to be completed by 2023.

Moreover, the committee approved the ‘Pakistan Multi-Mission Communication Satellite System (PakSat-MMI)’ at a cost of Rs39.7 billion for the establishment of a geostationary communication satellite and its ground control stations inside the country. As much as 15pc of the project cost would be financed through the federal Public Sector Development Programme (PSDP) while 85pc would be provided through Chinese concessional loan.

ECNEC also approved the Tarbela 4th Extension Hydropower Project (Revised PC-I) at Rs122.9 billion. The project aims to expand the present capacity of Tarbela Dam Hydropower Project from 3,478MW to 4,888MW (an addition of 1,410MW) through the installation of three units of 470MW on the existing irrigation tunnel 4. The World Bank would provide 90pc of the financing ($692 million) while the remaining 10pc would be done by WAPDA.

The ‘Renewable Energy Development Sector Investment Programme (3rd Revised)’ also got the approval of ECNEC at a cost of Rs12.8 billion, with Rs8.84 billion as FEC. The project would be sponsored by the Punjab government with assistance from the Asian Development Bank (ADB).

Furthermore, the committee agreed to the ‘Evacuation of Power from Wind Power Projects at Jhimpir and Gharo Wind Clusters (Revised PC-I)’ at Rs13.40 billion. The project, to be executed by the National Transmission & Despatch Company Ltd (NTDC), would evacuate 1,256MW power from the wind power plants installed at Jhimpir and Gharo wind clusters for the supply to respective load centres of the Hyderabad Electric Supply Company (HESCO) through NTDC transmission network.

In Monday’s meeting, a report constituted by ECNEC (on its meeting of 15th July 2019) for the determination of tariff for PC-I-based public sector power projects was also presented. After analysing the report, it was decided that in future, all power projects (irrespective of fuel technology) funded through PSDP should comply with NEPRA tariff regime by applying to NEPRA for tariff determination.

The chair directed the Ministry of Planning to inform the forum on the status of all PSDP-funded projects in the next meeting.