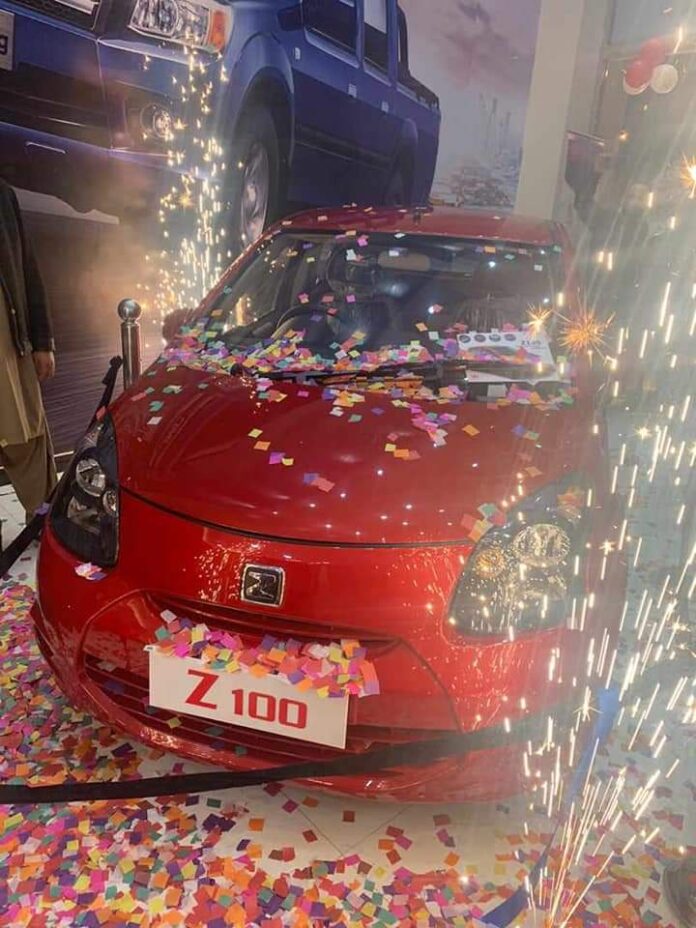 He lauded the efforts of China in helping Pakistan move forward in terms of technological advancement and said it will also help the country in strengthening its terms with China. On this inauguration event, four models that include a hatchback and three models of JMC were introduced.

It is important to mention here that these vehicles are engine-based and the above-mentioned prices are inclusive of withholding tax. Moreover, the company is waiting for the electric vehicle policy to be implemented by the government and then the electric version will arrive.

The current model of Zotye Z100 is based on 1000cc engine mated to a 5-speed manual transmission. The company will also bring the automatic version of Z100 in the second phase. These models are completely built units (CBU) imported by the company. The hatchback falls in the category of Suzuki Wagon R and Cultus. Its other competitors in the local sector will be FAW V2 and KIA Picanto. However, it’s priced less than any of these existing models in the market. On the other hand, JMC Vigus 4×4 is based on a 2.4-liter engine twin-power charger and will compete directly with Toyota Revo and Isuzu D-Max in the local market.

Previously, the Zotye Z100 was introduced by HRL Motors in Pakistan in 2017 with a price tag of PKR1, 172,000.  At first, glance, if you think that the Zotye Z100 looks incredibly similar to the seventh generation Suzuki Alto then you’d be right because the Zotye Z100 is actually based on the underpinnings of the 7th gen Alto.

Furthermore, it is important to mention here that the car debuted during the 2012 Shanghai Auto Show and was launched in the Chinese market in September 2013.

The cabinet recently accorded a formal approval for the first National Electric Vehicle Policy (NECP) of Pakistan. As a part of the Prime Minister’s mission, Pakistan aims to reduce the carbon footprint in the atmosphere by bringing electric cars in the country. In the first phase, 30 percent of the cars in the country are aimed to be shifted to electric by the year 2030.