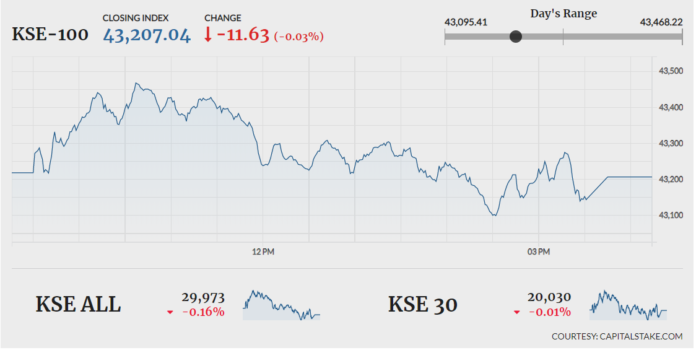 KARACHI: Stocks traded within a narrow range for the second consecutive session on Tuesday, as the indices oscillated in both ways in search of a clear direction before closing flat.

Foreign investors closed the previous session as net buyers with a net inflow of $1.29 million.

On the market front, the Engro Polymer and Chemicals Limited (EPCL -3.78pc) board has stated that the company may issue preference shares with differential rights & privileges having face value of Rs10 by way of pre-IPO placements & public offerings each aggregating up to Rs3 billion other than by way of right issue.