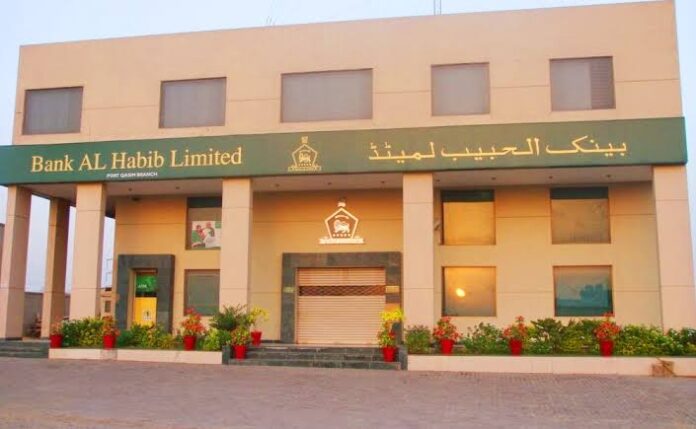 The Board of Directors of Bank AL Habib Limited (the Bank) has announced the financial results for the year ended December 31, 2019.

The bank reported profit after tax of Rs11.17 billion for the year ended December 31, 2019, as compared to Rs8.42 billion for the corresponding period last year, showing a growth of 32.66pc.

The bank’s earnings per share (EPS) were recorded at Rs10.05, an increase of 32.76pc over the corresponding period last year.

It declared a final cash dividend of 35pc.

The bank’s profit before tax was Rs19.01 billion (+33.28pc), whereas profit before provisions and tax increased by 54.41pc. The bank improved its net mark-up income by 33.32pc, while its fee and commission income, which is earned mainly through trade business, general banking services, alternate delivery channels, etc., showed an increase of 27.22pc over the corresponding period of last year.

The bank’s foreign exchange income increased by 41.25pc. Its dividend income for the year ended December 31, 2019, was recorded at Rs451 million.

Prudent financing strategies and sound risk management policies of the bank kept the non-performing advances to gross advances ratio at 1.46pc. The bank has performed well in expanding revenue streams, showing an increase in its non-markup income by 30.45pc whilst curtailing its operating cost.