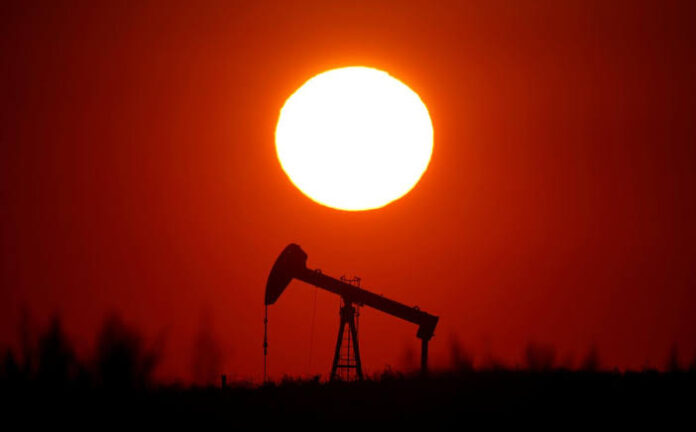 NEW YORK: Oil prices fell on Friday, on track for a fourth straight weekly loss, on mounting worries about economic damage from the coronavirus that has spread from China to around 20 countries, killing more than 200 people.

The losses came after both benchmarks had risen more than $1 a barrel early in the session.

Investment bank Goldman Sachs said the outbreak is likely to shave 0.4 percentage point from China’s economic growth in 2020 and could also drag the US economy lower.

The outbreak could cut China’s oil demand by more than 250,000 barrels per day (bpd) in the first quarter, analysts said.

“In our view, there still remains considerable uncertainty on the duration and economic impact of the virus,” said Harry Tchilinguirian, global oil strategist at BNP Paribas in London.

Saudi Arabia has opened a discussion about moving up a scheduled March policy meeting to early February to address the outbreak’s impact on crude demand.

“The cartel stands ready to act again if necessary but may accept the short-term pain for now on the expectation that the economic consequences won’t be as bad as people fear and price will bounce back to more acceptable levels on its own,” said Craig Erlam, senior market analyst at OANDA.

Many companies planneed to return to work on Friday after a week-long celebration for China’s Lunar New Year’s holiday, but authorities have ordered businesses in many areas to stay shut longer to contain the disease.

The poll of 50 economists and analysts was conducted mainly before the coronavirus outbreak.

On Thursday, the WHO declared the coronavirus outbreak a global emergency, but calmed the markets by opposing travel restrictions and expressing confidence in Chinese authorities.

“The move has stoked optimism that there may be light at the end of the virus tunnel. This is because the declaration should pave the way for a coordinated international response to control the global spread of the disease,” said Stephen Brennock of oil broker PVM.

However, Brennock added that oil prices will remain vulnerable to downward pressures “until China reverses the virus tide”.