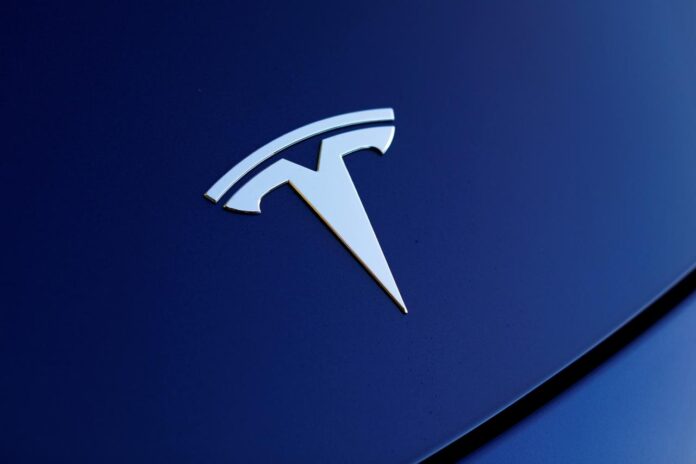 TOKYO/SEOUL: Shares of Tesla Inc surged 15pc on Tuesday to hit the $900 mark, extending a stunning rally that has more than doubled the company’s market value since the start of the year as more investors bet on Chief Executive Elon Musk’s vision.

The latest surge was partly fuelled by Panasonic Corp saying on Monday its automotive battery venture with Tesla was in the black for the first time.

Some analysts have attributed the rally to short covering as well. Short interest in Tesla stood at 13.8% as of Jan. 30, according to Refinitiv data.

Shares of heavily shorted companies can at times get pushed higher as traders rush to buy stock to cover their short bets, triggering what is known as a “short squeeze”.

Billionaire investor Ron Baron, whose firm holds a nearly 1% stake in Tesla, says he will not be selling a single Tesla share, adding he believes the carmaker could hit $1 trillion in revenue in 10 years.

Panasonic also said it was expanding production to keep pace with demand from Tesla, indicating the U.S. company was finally getting ahead of battery production bottlenecks it flagged last April. The daily percentage gain was the stock’s biggest in about four years.

Shares rose 10% in LG Chem and CATL, both of which signed battery-making deals with Tesla last week, ending the automaker’s exclusive partnership with Panasonic.

Panasonic said on Monday it expects to stabilise profit at Tesla’s Gigafactory by next year, and that there is a lot of room to improve production efficiency for what is an EV’s most expensive component, accounting for about a third of total cost.

The firm is also gearing up to mitigate the loss of the exclusive Tesla partnership by setting up a joint venture with Toyota Motor Corp to develop a type of EV battery that the pair plan to sell to any automaker.

“When you look back, say two to three years ago, there were doubts about whether the EV era would arrive,” said analyst Kang Dong-jin at Hyundai Investment & Securities in Seoul.

“But now there is more viability about the sector thanks to Tesla’s strong sales and Europe’s tougher emissions regulations,” he said.

The European Union introduced tighter emission rules after Volkswagen AG said it had cheated diesel pollution tests. Britain on Tuesday will announce a ban on the sale of new petrol and diesel cars from 2035, five years earlier than previously planned.

WASHINGTON: McDonald's is weighing the sale of part of digital start-up Dynamic Yield, which it bought two years ago in a bid to boost...
Read more
HEADLINES