Sindh likely to ask FBR to collect withholding tax itself 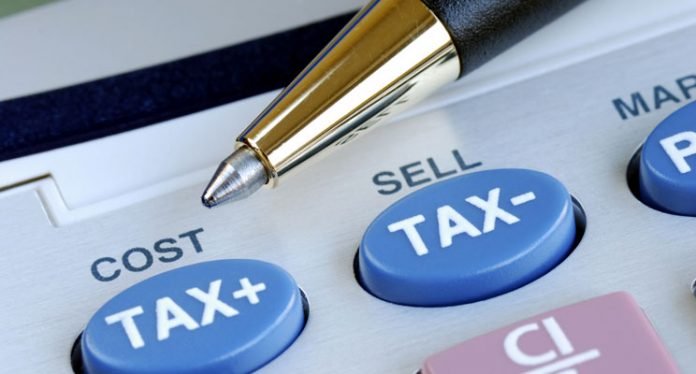 KARACHI: The Sindh government is thinking that the Federal Board of Revenue (FBR) should be told that the provincial Motor Vehicle Registration wings of Excise & Taxation Department will no longer collect withholding tax on behalf of FBR because it was unilaterally deducting huge funds from the provincial government accounts.

In this regard a meeting presided over by Sindh Chief Minister Syed Murad Ali Shah was told that the FBR seemed not serious to return over Rs8 billion it had unconstitutionally deducted from the provincial government account.

The meeting was told that from 2012-13 to 2016-17, the FBR has unilaterally and unconstitutionally deducted over Rs8054.5 million from the provincial consolidated fund account. Since the provincial government has been raising the issue of a refund at different forums but the FBR seemed to be adamant to return the deduced money.

It was told that in 2012-13, the FBR created an incorrect demand and deducted Rs695.235 million from the provincial account without waiting for reconciliation. An appeal was filed and the FBR appellate authority itself decided in favour of Sindh government but the amount has not yet been refunded.

In 2014-15, the FBR changed and enhanced the rates of Withholding Tax on vehicles without waiting for its recovery and arbitrarily deducted Rs86.3 million in advance which are still recoverable.

In 2015-16, the FBR created a demand on the basis of an incorrect news report that the Provincial Motor Vehicle Registration Wing has registered 1,473,714 vehicles between July 7, 2015, and April 30, 2016, though only 79858 vehicles were registered during the said period. The FBR without reconciliation the figures unjustifiably deducted Rs6,127.1 million.

In 2016-17, the FBR created yet another exaggerated demand on the pretext of recovering more and depositing less amount on account of Withholding Tax recovered from registered vehicles w.e.f May 1, 2016, to June 30, 2016, and without waiting for reconciling the amount unjustifiably took away RS294.89 million on June 14, 2017, by coercing the manager of the bank who was maintaining another account of Infrastructure Cess.

In 2016-17 the audit of Accountant General, Sindh for the year 2011-12 was conducted by the Auditor General Sindh during 2016-17 wherein it transpired that AG Sindh had failed to recover an amount of Rs76.87 million from vendors of Excise & Taxation Department. The audit observed that the FBR should recover the amount. Instead of recovering the amount from the Vendors, the FBR illegally deducted the said amount from the Sindh government account.

The chief minister was told that the appeals have been made in the related FBR forums but those appeals have repeatedly been remanded back without any decision and the matter was still pending.

The chief minister said that the Sindh government on behalf of the FBR was recovering Withholding Tax- means the Excise & taxation department was proving FBR its services against which huge amounts was being deducted /taken away from Sindh government account.

Shah proposed to suggest the FBR to set up its counters at Motor Vehicles Registration Wings and collect Withholding Tax on its own. “We are fed up with their attitude and maybe not be able to provide the service anymore,” he said and directed Excise & Taxation Department to prepare a summary for the cabinet to discuss the matter and decide it for good.