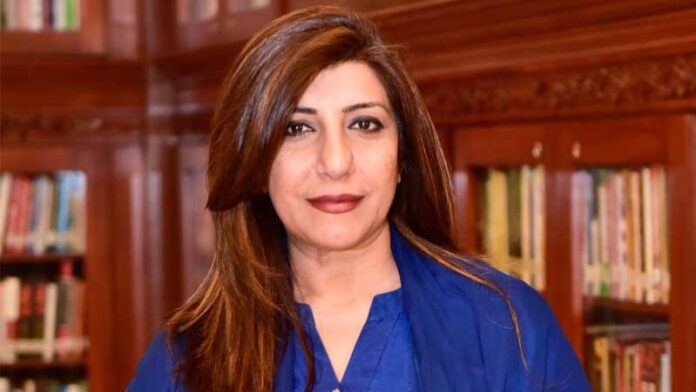 ISLAMABAD: Foreign Office on Thursday said that Pakistan would get off FATF grey list ‘very soon’.

In a statement issued here, FO spokesperson Aisha Faroouqi said that the whole world acknowledged the sacrifices made by the Kashmiri people for the realization of their inalienable right to self-determination.

Pakistan was placed on the FATF’s grey list in June 2018 after the 37-member global watchdog allegdly found deficiencies in the country’s legal framework to counter terrorism financing. Since then, Islamabad has been struggling to plug loopholes in its financial system to satisfy FATF’s criteria.
Pakistan was cleared of 14 of the 27 points at the Asia Pacific Group meeting held in Beijing on January 21 to 23. The United States, that had spearheaded the move to place Pakistan on the FATF’s grey list, has reportedly supported it in Beijing for the counter money-laundering and terrorism financing measures Islamabad has been implementing.

The FATF plenary session will begin in Paris on Feburay 16 wherein it would decide whether to remove Pakistan from its grey list, or downgrade it further to the black list.

READ MORE: At least dozen laws will be amended to meet FATF requirements

Aisha said that India’s continued belligerence and aggressive measures posed a serious threat to regional peace and security. She reiterated that India must immediately end the continuing lockdown, communications blockade and media blackout in Indian occupied Jammu and Kashmir, and release the incarcerated Kashmiri leadership and innocent Kashmiri youth, many of whom were held at undisclosed locations away from their families.

The FO spokesperson underscored that a just and lasting solution to the Kashmir dispute was also essential for durable peace and stability in South Asia.