Sarmayacar bets on mobile gaming by investing in Revolving Games 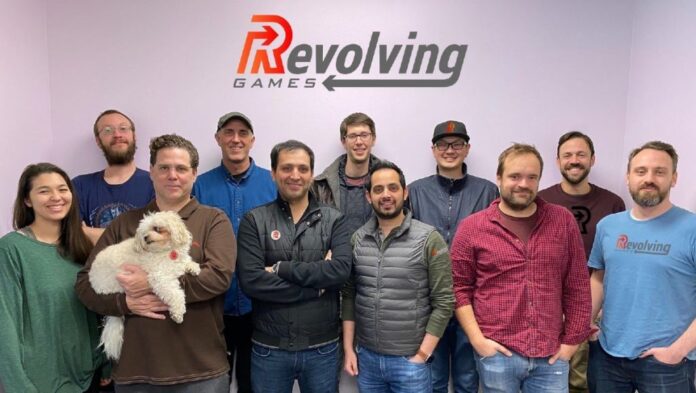 With a decade of mobile game development experience in an exit prior to this, brothers Ammar Zaeem and Shayan Zaeem have formed Revolving Games (RG), with Kyle Bricker who brings 25 years of experience in product and software.
Revolving Games is developing a massively multiplayer online game (MMO) with a AAA IP. This exciting gaming venture is the first of it sorts out of Pakistan, bringing together some of the world’s best gaming leadership, with development and design capabilities from a San Francisco office while benefiting from cost advantages that come with operations being primarily based out of Lahore.
Now armed with $12 million (Rs1.8 billion), an injection from a global publishing giant, and a seed investment led by Sarmayacar – Pakistan’s leading VC – Revolving Games is moving apace towards the launch of its first game in 2021.
Revolving Games is investing heavily in Pakistan, with their new penthouse office underway
which will set new standards in the industry. RG will utilize these funds to aggressively hire and scale up the Lahore studio with the quality talent Pakistan has.
Gaming is a $152 billion industry of which the mobile sub-segment makes up $68 billion
currently, growing at a double-digit rate. Revolving Games’ setup straddling San Francisco and Lahore uniquely positions the startup to develop, publish and market games aimed at a global audience with much more attractive economics than would be possible for many of the large studios based entirely out of North America.
At the same time, RG’s dual-studio setup provide an avenue for Pakistani game developers to gain direct exposure and insights from some of the world’s most experienced mobile game developers, whose prior experience spans top-tier gaming studios like Scopely, Machine Zone, Kabam and Wargaming.
“Pakistan’s young engineering talent has the potential to make the country into a game
development hub within the global gaming ecosystem. Bringing together the best of such talent from Pakistan, pairing it with industry leaders from Silicon Valley, and getting a strategic partnership in place with one of the world’s most successful companies in this space is a testament to the abilities of Ammar and the RG team in executing on their global ambitions. We believe RG not only has the potential to make games that can be successful the world over, but also in the process foster the next generation of game development talent in the country,” commented Rabeel Warraich, Founder and CEO of Sarmayacar.
- Advertisement -
Facebook
Twitter
Linkedin
WhatsApp
Email
Previous articleAhsan Iqbal slams govt for ‘destroying economy’
Next articlePetroleum Division asked to change oil and gas pricing formula for production companies