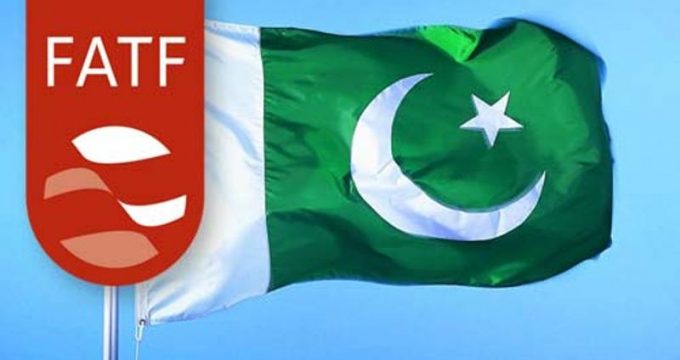 ISLAMABAD: The Financial Action Task Force (FATF) has decided to keep Pakistan in the grey list for four more months for its insufficient ability to curb money laundering and terror financing, said a statement issued by the Finance Division after a review meeting in Paris.

“Otherwise, should significant and sustainable progress especially in prosecuting and penalising TF (terror financing) not be made by the next Plenary, the FATF will take action,” it added. It said such action could include calling on its members to order their financial institutions to give particularly rigorous attention to business relations and transactions with Pakistani clients.

The anti-terror financing watchdog will take up Islamabad’s case in June again to decide whether the country complied with its objective to evade the grey list.

According to the Finance Division, Pakistan made “significant progress” in the implementation of the 27-point FATF Action Plan during its last review, which was demonstrated by the completion of nine additional action items.

It emphasised that the government “stands committed for taking all necessary action” in order to complete the remaining items in the action plan and that a strategy in this regard has been formulated and is being implemented.

On the other hand, FATF stated that Pakistan made a high-level political commitment in June 2018, to work with the FATF and APG to strengthen its AML/CFT regime and to address its strategic counter-terrorist financing-related deficiencies. Pakistan’s political commitment has led to progress in a number of areas in its action plan, including risk-based supervision and pursuing domestic and international cooperation to identify cash couriers, it added.

The Paris-based watchdog in its statement stated that Pakistan should continue to work on implementing its action plan to address its strategic deficiencies, including demonstrating that remedial actions and sanctions are applied in cases of AML/CFT violations, relating to TF risk management and TFS obligations, in addition to this, demonstrating that competent authorities are cooperating and taking action to identify and take enforcement action against illegal money or value transfer services (MVTS), furthermore, demonstrating the implementation of cross-border currency and BNI controls at all ports of entry, including applying effective, proportionate and dissuasive sanctions, demonstrating that law enforcement agencies (LEAs) are identifying and investigating the widest range of TF activity and that TF investigations and prosecutions target designated persons and entities, and those acting on behalf or at the direction of the designated persons or entities, demonstrating that TF prosecutions result in effective, proportionate and dissuasive sanctions (6) demonstrating effective implementation of targeted financial sanctions (supported by a comprehensive legal obligation) against all 1267 and 1373 designated terrorists and those acting for or on their behalf, including preventing the raising and moving of funds, identifying and freezing assets (movable and immovable), and prohibiting access to funds and financial services.

The FATF also asks the authorities to demonstrate enforcement against TFS violations including administrative and criminal penalties and provincial and federal authorities cooperating on enforcement cases and demonstrating that facilities and services owned or controlled by designated person are deprived of their resources and the usage of the resources.

Pakistan was placed on the FATF grey list in June 2018 and was given a plan of action to complete it by October 2019 or face the risk of being placed on the blacklist along with Iran and North Korea.

In October 2019, the FATF decided to keep Pakistan on its grey list till February, giving it time to implement a 27-point action plan.

The task force directed Islamabad to take more measures for the complete elimination of terror financing and money laundering while expressing serious concerns over the lack of progress in addressing terror financing risks.

The FATF met again in January this year in Beijing where Pakistan provided a list of actions taken to implement the action plan.