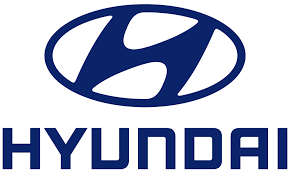 Seoul: Hyundai Motor Co., South Korea’s biggest carmaker by sales, said Friday it has halted operations at one of its domestic plants after an employee there was diagnosed with the new coronavirus.

Hyundai Motor immediately brought work at the No. 2 plant in the southeastern port city of Ulsan to a halt, and it is in an emergency meeting with its union to discuss follow-up measures, according to the company and the union.

“The infected worker belongs to the 300-member paint shop of the No. 2 plant. The company is checking with whom the worker has come in contact within the plant,” a union spokesman said over the phone.

The confirmation of COVID-19 case is expected to deal a further blow to the carmaker, which is already suffering from a shortage of parts from China due to the outbreak there.

At the No. 2 plant, which hires 4,000 workers, Hyundai produces the Palisade SUV and the GV80 SUV under its independent Genesis brand.

Hyundai has seven domestic plants — five in Ulsan, one in Asan and one in Jeonju — and 10 overseas plants — four in China and one each in the United States, the Czech Republic, Turkey, Russia, India and Brazil. Their combined capacity reaches 5.5 million vehicles.

Hyundai halted all of its local plants on February 7 and kept them suspended through February 10 as their parts suppliers in China stopped production during an extended Lunar New Year holiday from January 24 to February. 9.

It was the first time that Hyundai had suspended all domestic plants since 1997, when the Asian financial crisis affected local manufacturers and Mando Corp stopped supplying parts to the carmaker.