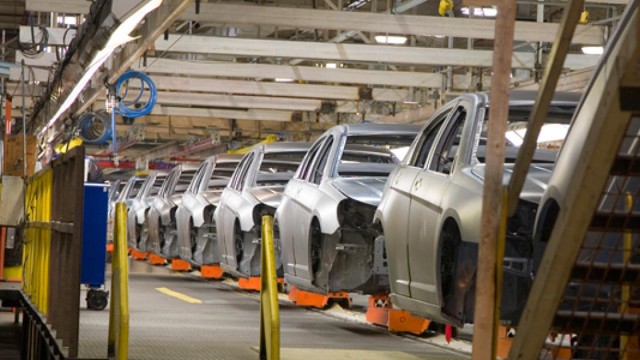 ISLAMABAD: A tug of war has started between the Ministry of Science & Technology (MoST) and manufacturers/assemblers of vehicles, as the auto industry has opposed framing local standards for vehicles being produced in the country, sources informed on Tuesday.

While S&T Minister Fawad Chauhdry had given three months to Pakistan Standards and Quality Control Authority (PSQCA) and auto sector stakeholders to frame a uniform “automobile standard” in the country, the manufacturers have opposed the move, saying that the government should adopt international standards instead of formulating a new one.

The meeting was chaired by Fawad Chaudhry and attended by officials of Engineering Development of Pakistan (EDB), MoST and PSQCA.

According to MoST officials, the minister during the meeting had expressed concerns over the manufacturing of sub-standard vehicles in Pakistan, saying that there were “no checks on the quality and safety of vehicles in the country because standards were not being followed”.

Fawad Chaudhry stressed the need for standardization and regulations on automobiles in Pakistan and called for developing and implementing a uniform “automobile standard” across the country.

The minister emphasized that PSQCA, being a national body, shall formulate the standards based on regional and international research, through various technical committees/national standards committees, consisting of relevant stakeholders i.e. manufacturers, academia and consumers.

“Once these standards are regulated and implemented, they will bring an end not only to sub-standard vehicles being manufactured in Pakistan, but will also ensure a strict check on vehicles being imported into the country,” the minister said while directing PSQCA to expedite the standardization process.

Earlier, the minister had informed the meeting regarding his plan to develop state-of-the-art vehicle testing facilities in collaboration with the private sector. He also directed PSQCA and MoST to prepare expression of interest for automobile testing labs on a public-private partnership basis and asked the industries to extend their help in this national cause.

Although the manufacturers were willing to implement government regulations and standardization in the automobile industry, PAMA opined that the process would put “a new burden on manufacturers”.

“It is imperative for Pakistan to adopt European Standard ‘WP29’ because the local standards, without recognizing the international norms/regulations, will roll back the existing content level and will make them techno-economically unviable,” PAMA Director General Abdul Waheed had said after attending the meeting.

“Adoption of WP29 is the only way to obtain global recognition of Pakistani products – that they are made in compliance with European standards; hence the government needs to provide sustainable quality conformance and upgrade PSQCA testing facilities to supplement support to the national economy, which to date PSQCA has failed to build.”

He said in case local standard making was pursued without ensuring mutual recognition with WP29 signatory countries, and if any government agency was unable to perform compliance testing locally, the local manufacturers would have to check compliance with overseas standards.

“Due to higher testing charges and low volumes, the certification will become unviable.”

Moreover, he said, it would put stress on foreign currency reserves, as cost of local products would increase further, which would ultimately reduce the government’s revenue.

“Besides, the devising of local standards will stop export potential while the import bill [due to the imports of parts] will increase substantially,” reasoned the PAMA DG.

It is pertinent to mention that the Engineering Development Board EDB had already given a detailed briefing to the cabinet about government progress on adopting the WP29 standards. According to an EDB official, that cabinet has approved the accession plan of European automotive regulations i.e. WP-29 agreement.

Pakistan is expected to get its membership by the end of this year.