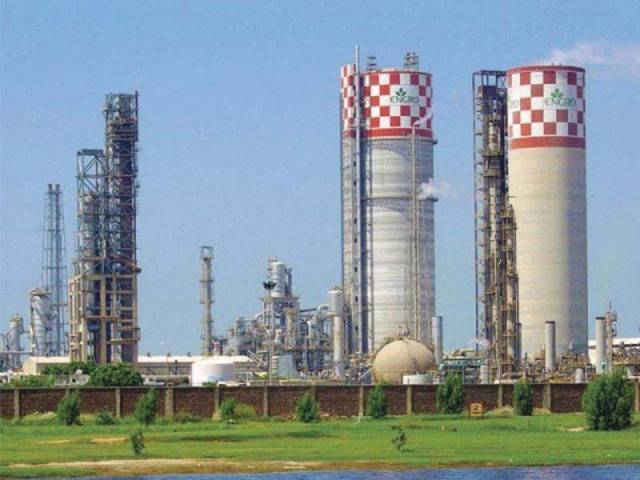 There are no two ways about it: Engro had a great year in 2019. Revenue was up 32%, which is no mean feat for one of Pakistan’s largest conglomerates, and profits were up 30%. While the company has eight active business lines, it was abundantly clear that the star for this year was the energy subsidiary, driven by massive increases in both revenue and profitability as the coal-fired power plants in Thar came online.

Consolidated revenue grew by 32%, from Rs171.6 billion to Rs225.9 billion over the course of 2019. The single biggest component of that increase was Engro Energy, where revenue grew from Rs12.0 billion in 2018 to Rs50.0 billion in 2019, an over 4-times increase. The next biggest increase came in the food / rice export business, which grew by 22%. Every other business line grew either in single digits or else below inflation levels.

In the energy sector, Engro’s big stars were its energy investments in Sindh, both its coal mining operations as well as its coal-fired power generation units.

The Sindh Engro Coal Mining Company (SECMC) – a joint venture with the government of Sindh – is scheduled to be able to produce 3.8 million tons of coal per year within its first year. Engro Powergen Thar Ltd operates a 660-megawatt coal-fired mine-mouth power generation unit in Thar. Both projects achieved commercial operations on July 10, 2019. In 2019, the company was able to produce 2.3 million tons of coal from its mine.

The company is also beginning work on Phase 2 of SECMC, where it would set up another coal mining operation that would allow it to mine up to 7.5 million ton of coal per year. In a sign of how perverse perceptions of energy security are in Pakistan, the company believes that being the entity that managed to utilise coal-fired power plants in Pakistan will have a positive effect on its public image.

However, while the revenue and profit numbers look good for the energy business, entering headlong into the energy business has resulted in Engro having significantly more exposure to a problem it has previously not had direct experience with: intercorporate circular debt throughout the energy supply chain caused by unpaid bills and stolen electricity and gas.

What this means is that while the company is able to recognise revenue and accounting profit, its cash flow situation is actually worse than before. Because while it may own both the mine and the power generation plants, it still has to sell its electricity to state-owned utility companies, which do not have enough money to pay Engro, since they are not able to collect the full cost of energy production owing to rampant theft and inefficiencies in the electricity grid.

Among its other business lines, Engro continues its investments in the telecom infrastructure sharing business, having invested Rs7.5 billion in buying 1,500 cellular towers that would allow the four mobile telecom operators in the country to share towers by leasing them from Engro and thus reduce their own operating costs. Engro’s goal is to own at least 10,000 towers within the next two years, which would give it a 25% market share in terms of the number of cellular towers it would own in Pakistan.

In addition, the company has begun investing in its petrochemical arm – Engro Polymer and Chemicals. It has begun a feasibility study on setting up a polypropylene manufacturing unit, which would be based on a propane dehydrogenation plant. Polypropylene, also known as polypropene, is a thermoplastic polymer used in a wide variety of applications.

One key success the company had during the course of the year was its success in lobbying the government to exempt holding companies from having to pay taxes on intercorporate dividends. The company – which owns several subsidiaries – argued that the government should not require it to pay taxes on dividends from its subsidiaries, since it had already paid corporate income taxes on those dividends as part of its subsidiaries’ tax returns. To tax the dividends it receives from them as income would be double taxation on the same income.

This exemption of income taxes on intercorporate dividends is common in many developed economies, including the United States and is widely seen as a standard practice.

Engro wants to maintain fertilizer prices at Rs1,840 per bag to ensure profits, but did say in an analyst briefing that it feels that may not be a sustainable premium in a ‘competitive pricing environment.’ As Profit previously reported, the fertilizer industry continues to face challenges in the recovery of longstanding subsidy and retrospective settlement of GIDC.

Over the course of the year, the company faced several one-off increases in its cost base, some of which were investments in its future productivity. There were a number of administrative costs, such as human resources training and development costs, implementation of Systems, Application and Products (SAP), and the company following International Financial Reporting Standard 16.

There was also the impairment loss in FrieslandCampina Engro Pakistan Limited (better known as Engro Foods until its name change in July 2019 – Friesland Campina is one of the largest dairy cooperatives in the world). A provision of Rs1.224 billion had to be set aside, under the the requirements of International Accounting Standard 36 (Impairment of Assets).

Then, there were tax adjustments in Engro Vopak, which is a terminal and storage facility for bulk liquids at Port Qasim, operated jointly by Royal Vopak of The Netherlands and Engro Corporation Limited since 1997. The terminal has a storage capacity of 82,400 cubic meters