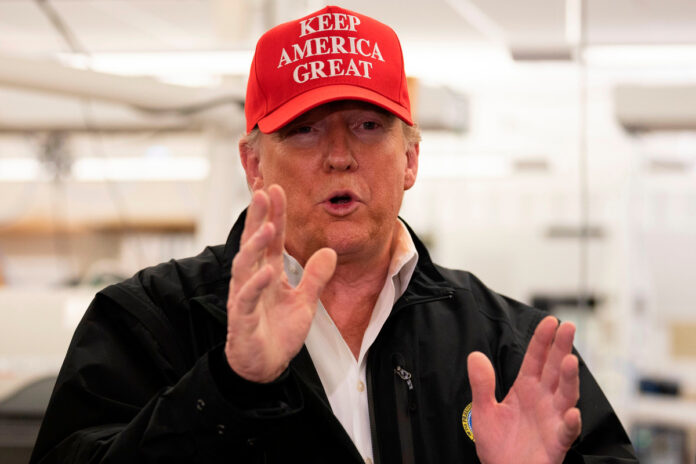 WASHINGTON: US President Donald Trump blamed a fight for oil market share between Saudi Arabia and Russia, as well as unspecified “Fake News,” for a precipitous drop in US stock prices on Monday, amid sliding demand for crude due to the coronavirus.

In a series of tweets, Trump also said the associated plunge in oil prices would benefit Americans: “Good for the consumer, gasoline prices coming down!”

The spread of the virus around the world – and a mounting death toll from COVID-19, the disease it causes – has rattled global markets.

Throughout his presidency, Trump, who faces re-election in November, has frequently pointed to rising stock prices and record-high market indexes as a signal of the American economy’s health.

On Monday, major US stock indexes dropped 7pc with the Dow Jones Industrial Average .DJI plummeting 2,000 points after oil prices slumped as much as 22pc.

“Saudi Arabia and Russia are arguing over the price and flow of oil. That, and the Fake News, is the reason for the market drop,” Trump wrote on Twitter.

In a separate tweet, he downplayed the impact of the coronavirus, comparing the number of American lives it has taken to the greater number of deaths from seasonal influenza.

“Nothing is shut down, life & the economy go on,” he wrote. “Think about that!”