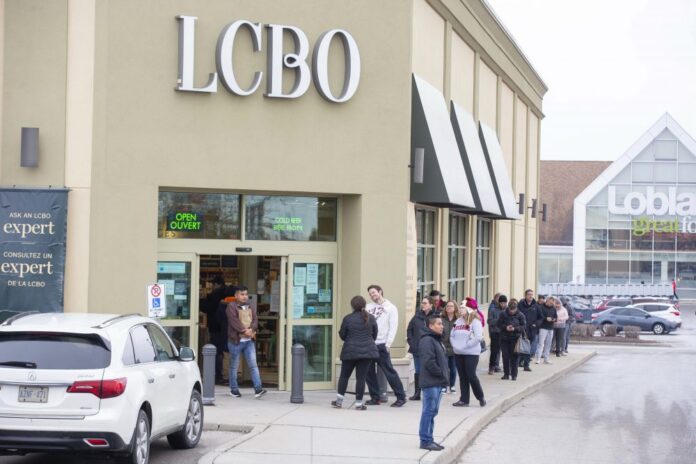 BEIJING: China’s auto industry has gone from zero to sixty in its post-pandemic campaign drive, with manufacturers and dealers quick to woo back lockdown-weary consumers through campaigns as unusual as a makeup-promoting personality touting car leasing.

“This color has the sense of ‘I’m in charge’ independence,” he said, displaying a scale model of a chocolate-colored car.

The plug is just one part of an eruption of promotional campaigns featuring steep discounts, cold-calling and gimmicks, from an industry obliterated by government restrictions on movement imposed in January to curb the spread of a virus which in China has infected 81,000 people and caused 3,300 deaths.

The economy shrank 21pc in January-February with sales in the world’s biggest vehicle market last month plunging 79pc. Retail sales of passenger cars dropped 45pc in the first three weeks of March, and the China Association of Automobile Manufacturers does not expect demand to normalize until the third quarter.

With authorities gradually easing restrictions, automakers and dealers have started the engines on their promotional machinery to undo what consulting firm IHS Markit described as an “unprecedented and almost instant stalling of demand”.

The EV unit of Guangzhou Automobile Group Co Ltd is even testing a system to perfume its Aion LX SUV with the aroma of traditional Chinese medicine.

SAIC-GM-Wuling (SGMW) – a venture between SAIC Motor Corp Ltd, US maker GM and a local partner – on Feb. 25 started offering up to 11,000 yuan off purchases of its Wuling and Baojun brand vehicles, until the total discounts given reach 1 billion yuan ($141.69 million). Buyers also get medical masks.

Seeing the promotion, restaurateur Wang Zhiyuan, 37, visited an SGMW dealership in Beijing earlier this month and received a 2,000 yuan discount on a Wuling Hongguang commercial minivan.

Family sauna equipment supplier Mo Xiufeng, 40, was at the same dealership viewing the same vehicle to make a purchase he had been chewing over since before the lockdown.

“I haven’t been able to come in the meantime because, fearing the virus, I didn’t want to leave my home,” he said.

The dealership sold just 20 vehicles in February. It targets March sales of 100, versus an average of 500 before the virus.

Due to the campaign, SGMW’s nationwide is a picture of even quicker recovery. A spokeswoman said March registered at least five days of sales surpassing 5,000 vehicles, with one day reaching 6,000, exceeding last year’s daily average. At the beginning of February, sales were around 200.

Still, industry bodies have called for government help including purchase tax cuts on small vehicles, support for sales in rural areas and eased emission rules. The China Automobile Dealers Association has lobbied for loans to dealerships and temporary liquidity support such as credit lines.

Local authorities in cities that rely heavily on vehicle manufacturing, such as Guangzhou in the south and Ningbo in the east, have also started to offer purchase incentives.

Visits to showrooms by a Reuters reporter and telephone interviews with 50 dealerships across China indicate the campaigns are indeed bringing shoppers back.

A Beijing dealership for a joint venture between Dongfeng Motor Group Co Ltd and Japan’s Honda Motor Co Ltd, however, has a problem beyond footfall that is likely to leave March sales in “single digits” versus the usual 100.

“The problem now is we don’t have enough cars in inventory,” the sales manager told Reuters.

Dongfeng Honda is based in the city of Wuhan where the virus was first reported at the end of last year, and where business activity has been restricted for two months. A Honda spokesman said production at the venture was gradually increasing.

“The manufacturer said new cars would not arrive until mid-April,” the sales manager said, standing in a deserted showroom.