As demand plummets, cement sector braces for the worst 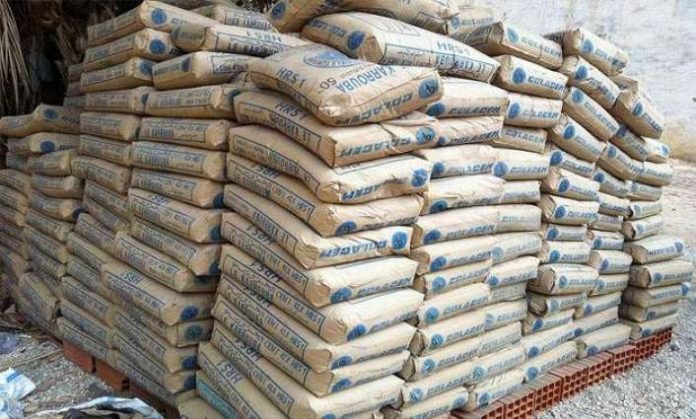 LAHORE: The local cement players of the country have started to close down their plants as economic activity significantly slowed down with the government, paramedics and other state authorities trying to limit the coronavirus outbreak in the country.

“Already dispatches are down significantly and a large scale spread of the disease will lead to further curtailment of construction activity”, Saigol said, adding that this is a huge challenge for the industry and for construction workers all over the country.

Shahrukh Saleem, an investment analyst, at AKD Securities stated that given this backdrop, “we forecast a grim sales outlook for 4QFY20, exacerbating worries of local cement player after gross margins have already declined to 8.04 percent  in 1HFY20 against 24.89 percent in 1HFY19.” He predicted that 3Q FY20 is on course to be the worst quarter so far in terms of profitability of the ongoing down-cycle.

The investment analyst added that assuming a decline of 60percentYoY for 4QFY20 as demand from the private sector dissipates while governments divert funds from Public Sector Development Plan (PSDP) to fund relief packages.

“We highlight the risk of local dispatches posting a decline of 11 percent for FY20,” he said.

Saleem said consequently, with thin demand, expectations of price increase in near term have also lost steam. In case local demand declines by 60 percent while price remains at current level, we highlight a risk of 44.2 percent downward revision in our earnings estimate for FY20. However, he said, “We await further clarity on the situation (length and severity of lockdown) before changing our estimates.”

He opined that clinker exports have provided significant support to the Southern region in times of low demand and surplus capacity. “However, the recent spike in cases in Sri Lanka, South Africa and Bangladesh and recent strict measures are drawing curtains on export avenues, raising risks to price discipline in the South,” Saleem noted.

He added that on a similar note, problems are mounting for Northern cement players, as exports to Afghanistan remain stuck due to closure of Afghan border. Saleem noted that local industry was on course to export approximately 3.5 million tonnes to Afghanistan for FY20, forming 6.9 percent of the total installed regional capacity.

He added that coal prices have provided some respite in these times of adversity, declining by 23.8 percent from February this year.   “High of $85 per tonne to trade at $65 per tonne as fears of global slowdown increases,” Saleem said.

“We believe the current decline can continue as global demand remains weak though Pakistan Rupee (PKR) depreciation against United States Dollar US $ (7.2 percent CYTD) can erode benefits for local players,” he predicted.

Saleem noted that on the other hand, as the COVID-19 outbreak intensifies in Australia and South Africa while China struggles to return to normalcy, we could not rule out a short-term spike in prices due to severe supply disruptions.

For him, another catalyst on the periphery is in the form of subdued cost of energy with local furnace oil prices now standing at Rs49,000 per tonnes (ex-refinery) while LNG prices are also expected to come significantly down.

Saleem added assuming Brent averages at $28 per barrel for March this year, LNG DES prices can be expected to decline by 21.5 percent to $6.55/mmBTU against $8.35/mmBTU for January this year.