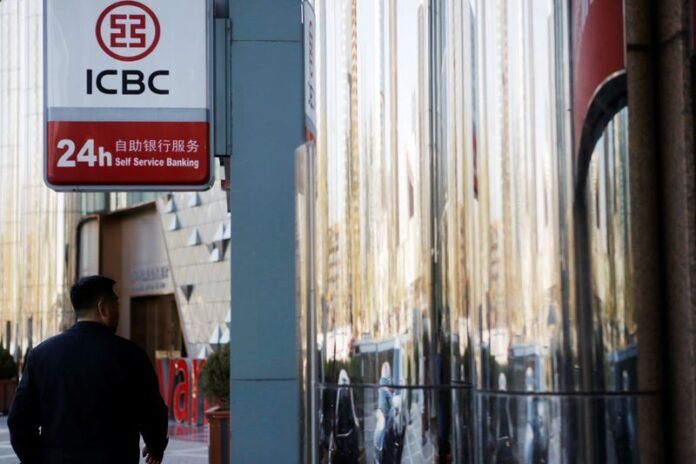 BEIJING/SHANGHAI: China’s biggest listed banks posted higher profits in the first quarter despite the wider impact of the coronavirus pandemic on the economy, though margins shrank.

The growth came despite China’s economy posting the first quarterly contraction since at least 1992 due to the coronavirus pandemic. The government restricted people from travelling and going back to work to contain the spread of the virus, reducing revenue for companies and income for residents.

China’s largest banks are historically more resilient than their smaller kin, as they lend more to state-backed enterprises and have larger capital reserves.

However, despite this firmer base, net interest margins shrank at three of the four lenders, as loan prime rate reform and looser monetary policy weighed, said analysts.

AgBank did not report its net interest margin, the difference between what banks pay on deposits and earn on loans.

The banking sector’s NPL ratio climbed in the first quarter to 2.04pc, the banking and insurance regulator said, the highest level since the global financial crisis.

The rise came despite Chinese regulators moving to give banks leeway, allowing them to postpone some loan repayments until the end of June, as credit card and mortgage defaults surged.

About one-third of Chinese bank loans are to sectors including transport and retail that are significantly stressed by the pandemic, according to S&P Global.

“You can see generally from banks’ results that some lenders have reported falling asset quality, the NPL ratios have risen quite a lot,” said Richard Cao, an analyst at Guotai Junan International on Monday.

The largest banks are best placed to absorb such losses with a better ability to get financing and withstand a substantial volume of bad loans, S&P said in a research note in April.