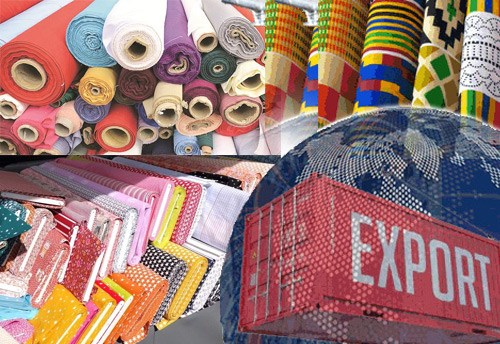 LAHORE: The textile industry has apprised the federal government of its target of achieving 45pc exports in May and 55pc exports in June.

All Pakistan Textile Mills Association (APTMA) Executive Director Shahid Sattar, in his letter to Adviser to Prime Minister on Commerce Abdul Razak Dawood, stated that the above-mentioned target may be difficult keeping in view that the demand in the USA and Europe has been limited to online sales only.

He maintained that the textile exports fell by 64pc in April as compared to the same month of last year, which means the textile industry was able to export 36pc of its capacity even during the lockdown period (closure of markets and transport services).

“Our small redeeming factor is that a lot of our industries have picked up on new lines of supplying hospital and PPE apparel and have garnered a fair share of the market, Sattar stated and appreciated the role of the adviser in getting necessary approvals in this regard from the Drug Regulatory Authority of Pakistan.

The executive director said apart of a shortfall in demand, another serious hurdle in the path of export recovery is the complete lack of liquidity in the market.

“Cash crunch has been compounded with the total closure of domestic retail sector, cancellation of L/C based exports orders, additional time imposed for payments of export sector buyers, non-deferral of interest for the quarter ended March 30, interest due on June 30, and the amounts stuck up with Federal Board of Revenue (FBR).”

Sattar said that FBR has collected sales tax on all inputs but has refunded sales tax on goods that were exported and those also only till January 2020.

Furthermore, he stated, the FASTER system has failed to account for the full amount of the claim in the sales tax return, adding that a large proportion of the amount vanishes into thin air; neither paid, rejected or deferred.

The APTMA official said the association has been highlighting this issue with the FBR for the last eight months but to no avail.

“The FBR’s FASTER system has another serious drawback whereby there is no system to resolve deferred payments. These fundamental flaws accumulate into approximately 25pc-35pc of the claimed amount. And this amount equates to 4-5pc sales, which is the total profitability of a great majority of the textile firms.”

He stated that this system is not responsive and not being able to cater for the complexity of the textile sector and needs serious review and modifications.

Sattar noted that the interest on loans which matured on March 30 is estimated to be Rs26 billion (on Rs700 billion at 15pc) plus Rs4 billion (on Rs30 billion concessional finance). “As per banking practice, KIBOR plus base rates are fixed on the last date of each quarter and since the lowering of interest rates by SBP was effective since April 16, the industry still continues to pay the higher rates of around 15pc to 16pc.”

He further claimed that the total borrowing of the textile sector is estimated to be Rs1 trillion, adding that industry simply does not have the liquidity to pay these amounts as well as sales tax on inputs which would then be stuck in the system for yet another six months.