Dawood says govt striving hard to reclaim traditional markets, besides getting access to new ones 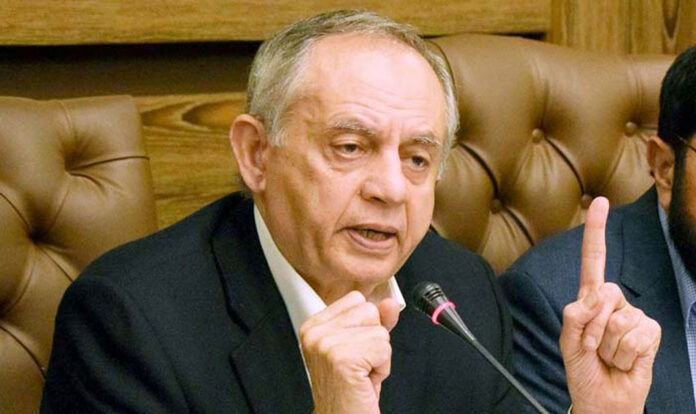 ISLAMABAD: Adviser to Prime Minister on Commerce and Investment Abdul Razak Dawood has said that in order to increase agricultural exports, Pakistan had managed to attain a huge space in the rice markets of Middle East, North America and Africa.

He said the government intends to take the exports to the highest-ever level and in this regard, it was taking different measures to reclaim traditional markets besides getting access to new ones.

Talking to APP on Saturday, he informed that a rice delegation from Mexico was expected to arrive in Pakistan next month to discuss opportunities to enhance bilateral trade.

“All members of the Rice Exports Association Pakistan (REAP) should prepare themselves for this opportunity so that they could get their orders approved in the Mexican market.”

He further informed that rice export to Mexico was stagnant for the past few years but after the delegation’s visit, “we are hoping that our rice will be able to enter the Mexican market”.

Dawood said that rice was the largest agro-export commodity in the country’s export basket, having a total volume of over $2 billion, which would be increased to $5 billion in the next five years.

He asked the local rice exporters to introduce new varieties by investing in research and development.

On a query, he said even in the current situation, the country witnessed an increase in food exports, including meat, poultry, fruits & vegetables, cigarettes, especially to the Middle East, as compared to the same period of the previous year.

Replying to another question, he stressed the need to exploit the economic and trade opportunities expected post-COVID-19 pandemic.

“We perceive and expect more opportunities to promote bilateral trade and strengthen linkages with potential markets, including the European Union, China, Central Asian states, Middle East and Africa, once the pandemic is over,” he said in an exclusive talk with APP on Thursday.

He stated that coronavirus has changed the world and that business processes would now be completely different. “Such difficult periods always bring out new opportunities, products, and new ways of thinking,” he opined.

Dawood further said that the government was equally focusing on all sectors of the economy, including textile, non-textile, agriculture and engineering sectors, in order to build the country’s export potential in the coming months.

Talking about the external trade situation during the past three months, he said Pakistan’s export situation was not good, as they declined by around 54pc in April 2020 as compared to the same month of last year.

In the first 10 months (July-April) of the current fiscal year (FY20), the overall exports declined by four per cent as compared to the corresponding period of last year.

“The exports had increased by 13pc in February, however, they started reducing from March, following the closure of global markets, declining by 6.5pc as compared to March last year.”

However, the adviser said, even during the current lockdown situation, Pakistan exported textile and non-textile products while the country’s food exports also increased, especially to the Middle East.

On a question regarding the current account deficit, the adviser said a $6 billion decline was expected in the coming fiscal year owing to an improvement in the country’s balance of trade.

Dawood said the government was prioritizing to promote ‘Made in Pakistan’ policy to boost local production, reduce dependence on import and enhance exports. “An agenda in this regard is already with the Economic Coordination Committee (ECC) of the Cabinet,” he added.

He said the government wanted to decrease customs’ duties on raw material and also wanted to document the non-tax businesses to bring them in the tax net.

“We need to revisit our strategies and start manufacturing in different sectors to achieve our exports targets,” he added.