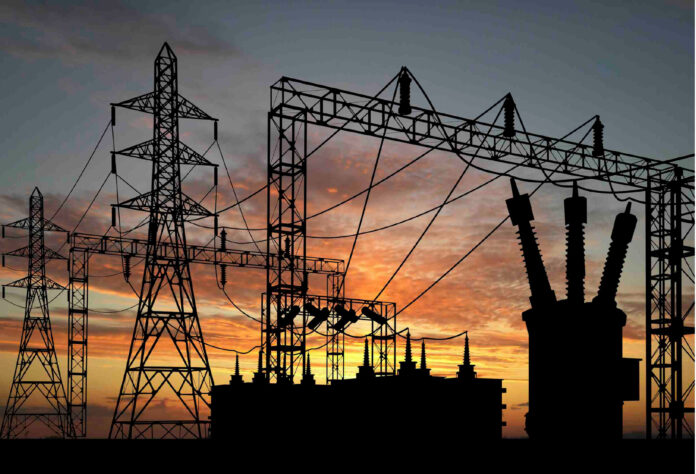 Before getting into what this grid company would actually do, let us try to understand a few things. Consider the example of a small bulb in your home. For electricity to light up the small energy savers hanging above our heads, it has to travel through wires measuring thousands of kilometers from the point where it is generated to our homes where it is consumed, going through any number of electrical machines along the way.

Now consider that the many power generation plants in Pakistan are situated in different locations all over the country. This means that power lines can run through different provinces, and different segments of these lines come under the territorial authority of different provincial governments, which could be controlled by separate political parties. In addition to this, investments are not just a few million dollars, they run into the billions. This means that careful planning is also required in advance. All this means that an all-inclusive set of rules is needed to ensure that every stakeholder is adequately catered to, while a stable power system remains intact in the country.

The NEPRA Act, originally crafted and enacted in 1998, provided solutions to many of these problems. The act came into commission at a time when the concept of private power was new, and Pakistan’s power sector had to be completely re-organised. A major feature of that Act was its monopolistic nature, since it held that a single buyer (the government), would deal with a single transmission company (the NTDC), which would then transport electricity to many industries and households via nine distribution companies.

Many countries that embraced power reforms supported by IFIs like the World Bank, IMF, etc at the same time as Pakistan have since moved on to improved versions of power distribution such as competitive bidding, bilateral competitive markets, state/province wise distribution companies. While these developments helped grow the sector in those countries, Pakistan was still stuck using the same model two decades on in 2018. It was only thanks to a few sane minds in the previous government, that the NEPRA amendment act was passed in 2018, near the end of the PML-N’s tenure.

The Act aims to transform the electricity markets in Pakistan and brings in the concept of multiple transmission companies in the country, that would complement each other in discharging the overall responsibility. Section 18A of that Act talks specifically about a provincial grid company which would engage in the transmission of electricity in that province exclusively. However, the act has a caveat which holds that only a single company may be granted such a license, and the company has to be owned by the provincial government. The responsibilities of that company would mainly be to provide transmission services by the standards laid down by NEPRA.

The authority still has the power to determine a reasonable tariff for the company, which means it falls just short of being a completely deregulated and competitive market. This development alone was enough to let the Sindh government convert its existing special purpose transmission license to this category. And now, KPK is the second province to follow suit.

But this is actually a bit of a sticky wicket. Why make a provincial grid company if the same role can be performed by the NTDC? The idea seems to have emanated from article 157 of the constitution, which says that the provincial government may “construct power houses and grid stations and lay transmission lines for use within the province,” thereby giving more autonomy to the provinces. Practically, there are many reasons for this.

The renewable policy of 2006 and provincial power policies envisaged the establishment of small power projects, usually ones that generated less than 50MW. But many projects identified in those policies never materialised, probably because the NTDC could not lay power lines for projects which were ready to sell, as marginal benefit would be much higher than laying a line elsewhere in the country for an industrial supply. Or, it could also have been because the existing DISCO (PESCO or TESCO) had huge losses, which had to be borne by one of the parties, either the electricity generator or purchaser, under the bulk supply model. Those policies are usually brushed under the carpet by those that first initiated them.

However, a grid company on the provincial level could reignite the interest of many investors in those small undertakings, since T&D losses would be low. Another benefit would be that priorities for investment would be limited to the province. The purpose of this is to ensure that the investment goes towards the welfare of the people living in that province and to ensure that it does not get quashed in a conflict between the ruling party at the centre and the party in power in the province in question. Infact, it would also be a beneficial situation for the federal government. Had the connection been made through a DISCO, the onus, and the difference between actual tariff and tariff after adjustment of T&D, would have been on the centre to either take the blame for higher circular debt or provide subsidies.

As KP braces for more SEZs, the company could play an instrumental role in supplying electricity generated in the province to those SEZs acting as bulk power consumers at low rates. For this, they would have to harness their own resources, thereby giving a boost to the local economy, as well as helping out the federal government by not being a burden on the national exchequer. In addition to this, it would also cut down on needless power losses. As a rule of thumb, the longer that electricity has to travel, the higher the losses. So the point of having a grid station in KP is that had the same amount of energy been brought from a thermal plant somewhere in Punjab, it would have resulted in higher losses.

Studies say that KP has a hydel potential of more than 15,000-20,000MW, enough to meet all its needs at least in the summer season when the flow of water is at its highest. The above discussion sums up the technical benefits. On the fiscal side, since the company would be owned by the provincial government, which would then be its guarantor as well as financing its needs, the rates agreed upon could be lower. Also, it will be an ideal opportunity for public private partnership as well.

But keeping in view Sindh’s example in obtaining the license, it took them seven months just to convert their special purpose transmission license to a grid company license. Mind you that they had already obtained the previous license about four years ago. In addition to this, the grid company has to be in constant coordination with the CPPA-G, and other relevant stakeholders to decide on the future procurement power needs of the country. There is already a lot going on in the sector, and excess capacity is being discussed in all quarters of the federal administration. So certainly, there is a long way to go before KP actually gets its license. From there on, the real journey will begin. The fruits of which might be available in the next 15 years or so, or maybe never, as has been the case with many other policies.

As the world changes, it pivots and zooms into our homes, which now play a much bigger role in our lives.
Read more
EDITORIAL

This publication is generally in favour of free markets, which in practice can often mean an opposition to what we view as unnecessary or...
Read more
COMMENT

Estonia is the first country in the world to establish ease of business through e-residency, and Pakistanis may benefit from it
Read more
EDITORIAL

Perhaps we should not be surprised that it has come to this, but – even though we make it our business to approach every...
Read more
COMMENT

In the aviation industry, safety is a given, right? Wrong, especially in Pakistan
Read more
EDITORIAL

It was only a matter of time, we suppose. Last week, the United States joined the European Union in banning Pakistan International Airlines (PIA)...
Read more

Unutilized capacity of government LNG Regasification Terminals to be auctioned

August 5, 2020
ISLAMABAD: The government has decided, in principle, to auction unutilized capacity of government in LNG Regasification Terminals, Business Recorder reported on Wednesday. A committee comprising...