EU trade deal can be done despite talks stalemate: Gove 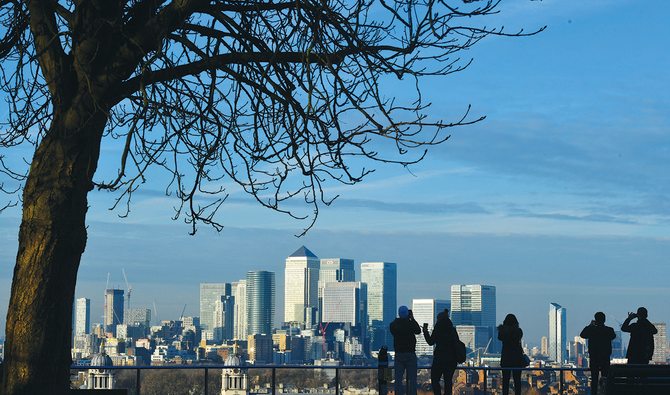 LONDON: Senior British government minister Michael Gove said on Sunday there was a post-Brexit trade deal to be done with the EU providing the bloc agreed to compromise, days after both sides said talks were making little progress.

The UK left the EU on Jan. 31 but the main terms of its membership remain in place for a transition period until the end of this year to allow it time to negotiate a free trade agreement. Both Britain’s and the EU’s chief negotiators on Friday gave downbeat assessments of the latest round of talks, saying the other side had to give ground if any progress was to be made. The stalemate has raised the prospect that there will be no deal struck, a scenario that would damage global trade as the world copes with the economic fallout from the coronavirus pandemic.

On Friday, investors’ concerns about the state of the trade negotiations pushed sterling to its lowest level in more than a month. The main sticking point in the talks has been so-called “level playing field” rules to ensure fair competition. The EU says they are indispensable to ensure Britain does not undercut its standards, but Britain rejects them as binding it to European laws. Gove, the British Cabinet Office minister, said this and issues such as future fishing rights remained sticking points.

“We’re making it clear to the EU we can’t do a deal on those terms,” he told Sky News. “But I am confident that there is a deal to be done. It just requires a degree of flexibility on the EU side which I’m sure that they will appreciate they need to show.” However, in a demonstration of the hurdles ahead, Irish Foreign Minister Simon Coveney — who played a key role in Britain’s EU exit talks due to the border Ireland shares with the British province of Northern Ireland — said Britain had to move on the level playing field issue to break the deadlock.

He told Irish national broadcaster RTE on Sunday that Britain was “essentially rewriting” what it had committed to in the political declaration of the Brexit deal. “Until the UK changes its approach in the context of giving the EU assurance that they are not going to effectively deregulate their economy while expecting free access in the EU single market, I think we’re going to continue to be in real difficulty in these talks,” he added.

Britain’s Mail on Sunday newspaper reported that the government was preparing to walk away altogether if no progress was made at the next round of talks due to begin in 15 days time and if the EU did not shift. “Breakdown is entirely possible,” an unnamed senior government source told the paper.

The Sunday Times said a no-deal planning committee, chaired by Gove, was now going to meet regularly and that officials who had been seconded to help fight the COVID-19 outbreak were being moved back to plan for this eventuality. Separately, the head of the country’s budget forecasting office said on Sunday Britain’s economy is likely to have a slower economic recovery rather than a quick bounce-back after its coronavirus shutdown.

Robert Chote, head of the Office for Budget Responsibility, said a scenario published by the OBR last month showing a quick V-shaped recovery was only meant to be illustrative to show the hit to the public finances. “In practice I think you are likely not to see the economy bouncing back to where we would have expected it otherwise to be by the end of the year, on that assumption, but instead a rather slower recovery,” he told BBC television.