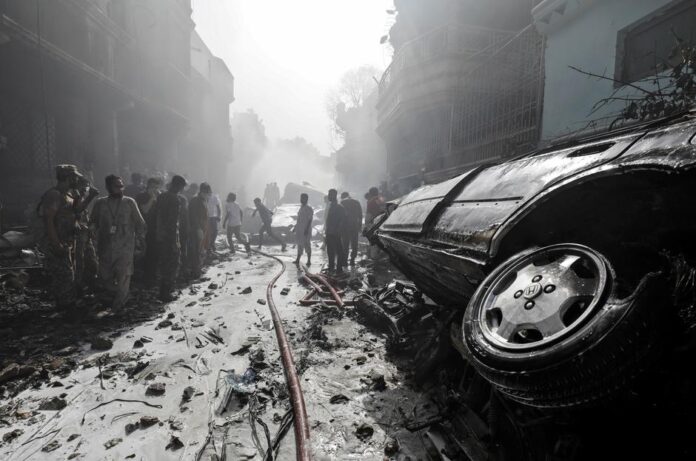 KARACHI: The on-duty air traffic controller and the approach tower controller told the Air Investigation Board that the pilot of PK-8303 ignored the repeated instructions, causing the death of 97 people in a subsequent crash near Karachi airport last week.

The ATC further said that the captain landed the plane for the first time without opening the landing gear. On the first landing, both engines collided with the runway and rubbed against it three times and caused sparking before the captain pulled the plane back up and asked for permission to land again.

Earlier in the day, Pakistan Airline Pilots Association (PALPA) on Tuesday protested against the alleged leak of details of a probe into the Pakistan International Airlines (PIA) plane crash incident.

“The administration seems no more interested in conducting a thorough probe into the incident,” PALPA claimed in a statement, adding that the leak was aimed at diverting the investigation into the incident that claimed lives of 97 people onboard except two survivors. “They want to save the real characters behind the incident,” it alleged.

The association said that the pilots also have questions to be asked from the air traffic control officials.

They asked why a long route was designated for the ill-fated plane. “The air traffic control officials are trying to portray a wrong picture by merging details of first and second landing attempts of the plane,” PALPA said.