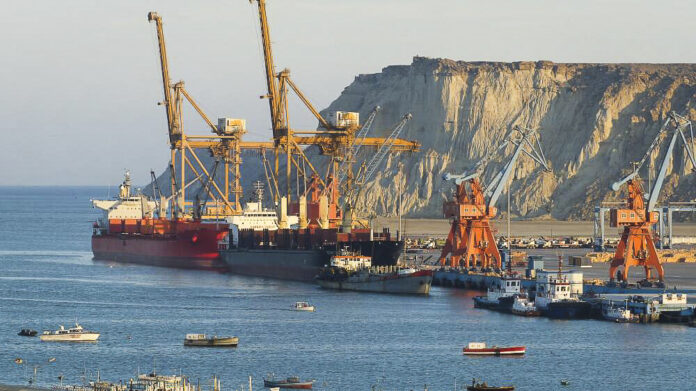 ISLAMABAD: Pakistan on Friday operationalised the Gwadar port for Afghan transit trade, with the first-ever cargo ship berthing at the seaport to mark the beginning of a new era of trade via sea route from Gwadar to Afghanistan.

In a series of tweets, Adviser to Prime Minister on Commerce and Investment Abdul Razak Dawood shared that a ship carrying 16,000 metric tonnes of urea and fertiliser for Afghanistan has arrived in Gwadar.

“The cargo ship Sibulk Tradition has berthed at Gwadar, carrying 16,000 tonnes of urea for transit to Afghanistan. This is a first and marks the beginning of a new era in Pakistan’s trade by sea,” Dawood tweeted.

According to ministry officials, imported urea that arrived at Gwadar would be bagged at the port and later would be sent to Afghanistan in trucks under the Afghanistan-Pakistan Transit Trade Agreement-2010 (APTTA).

The commerce adviser further stated that it was for the first time that fertiliser would be packed locally, adding that directives had also been issued to offer jobs and livelihoods to local labourers only.

The labourers would be utilized for packing, loading and offloading of items in trucks.

Apart from fertilizers, Afghanistan would also be granted permission for the transit trade of sugar and wheat from Gwadar, whereas only those trucks carrying fully sealed consignments would be allowed to go to the neighbouring country.

Earlier, the government had given a special permission to resume the handling of Afghan cargo at Gwadar port under the APTTA-2010 to help the early clearance and quicker transportation of sugar, wheat, and fertilizer to Afghanistan. However, Gwadar port can be utilized more optimally for trade and transit for Afghan side for other goods as well.

Afghanistan relies heavily on Pakistan for transit as well as bilateral trade necessary for the livelihood of its people as well as its business community. When the flow from Pakistan in both cases gets halted, it not only causes inflation inside Afghanistan due to shortage of commodities, but also a lot of difficulty for the people.

It is pertinent to mention that the Pakistan Afghanistan Joint Chamber of Commerce and Industry (PAJCCI) had also requested PM Imran Khan to support Afghanistan, especially during challenging times of Covid-19 pandemic, by ensuring the continuation of both bilateral and transit trade, and to serve the cause on humanitarian ground to extend all possible basic necessities and healthcare facilities to the citizens of Afghanistan.