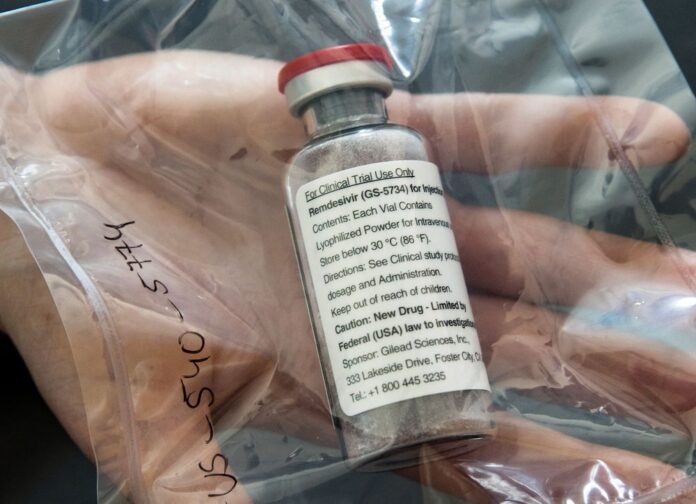 Pakistan’s AGP Ltd, a partner of Mylan NV, plans to sell the Covid-19 treatment remdesivir, which has been shown to improve recovery of coronavirus patients, within one to two months in the Asian nation, Bloomberg reported on Sunday.

AGP plans to seek permission from the country’s drug authority to import the medicine, Chief Executive Officer Nusrat Munshi said in an interview. It has a similar arrangement for the Hepatitis C treatment Sovaldi, which it will import from Mylan. AGP is Mylan’s exclusive distributor in Pakistan.

The development comes a few weeks after remdesivir’s original creator Foster City, California-based Gilead Sciences Inc. signed agreements with four generic drug manufacturers in India, including Mylan’s unit in the country, and one in Pakistan to speed development and help meet anticipated demand. A unit of Pakistan’s Ferozsons Laboratories Ltd. is currently the only licensee in the country.

The global push to develop coronavirus treatments and vaccines is accelerating as governments look for ways to ease lockdowns safely and restart economies. Moderna Inc.’s vaccine passed a crucial early safety test last week, and countries from the U.K. to China are pushing ahead to develop their own vaccines. Gilead’s drug was originally developed in 2010 to treat Ebola.

Pakistan eased its lockdown by opening shopping malls and retail shops this month and saw a massive rush of people ahead of Eid festivities. A few markets were temporarily shut for not following social distancing rules in Karachi.

“The concept of a lockdown is that it gives the country’s health-care system time to prepare,” said Munshi, adding that health-care facilities including beds haven’t been ramped up and mass testing hasn’t been conducted.

AGP has also sold about 100,000 anti-body test kits since last month to hospitals and private companies looking to test their staff as more people return to work. The company has another 100,000 kits and is considering importing more as it is seeing high demand, according to Munshi.

Pakistan has about 66,000 infections and 1,400 deaths. The nation has tested fewer people than Ghana and has still seen the probability of a test turning out positive almost double to over 20% in the past week, the highest since the outbreak began.