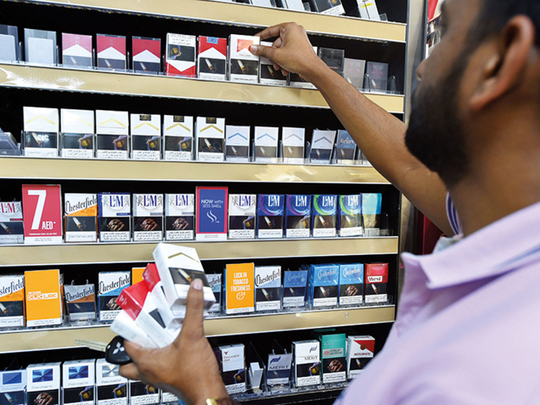 LAHORE: As the world is commemorating ‘No Tobacco Week’, anti-tobacco campaigners in Pakistan have urged the government to formulate effective measures like increasing the ratio of taxes on tobacco products.

On the other hand, the World Health Organization (WHO) has warned the public against tobacco companies’ deliberate measures of using lethal schemes to lure children into smoking. In a message to the cigarette manufacturing companies, the WHO stated, “If your product kills eight million a year, then you are targeting an entire nation”.

In Pakistan, according to a survey, around 1,200 to 1,500 schoolgoing children are introduced to the menace of smoking every day, said Azhar Saleem, Human Development Foundation head, in a virtual media briefing to mark the ‘No Tobacco Week’.

He also underscored the telling impact of tobacco usage on both human health and the country’s economy.

Citing a WHO press release, he said that tobacco companies usually target youngsters as their new customers; this is evident from the fact that a vast majority of habitual tobacco users turn to smoking before they turn 18.

He claimed that smoking costs Rs143 billion to Pakistan’s economic and healthcare systems.

Saleem also spoke on taxation arrangements for tobacco products in Pakistan, lamenting that the industry, through one way or another, has been evading taxes for higher profits while playing havoc with human lives.

“If the government increases FED on tobacco products by Rs20 in the coming budget, it will be a great step towards plugging the inflation rate.”

According to WHO, companies attract children towards smoking by offering “harmless” flavours, while youngers are lured through smokeless tobacco, shisha or e-cigarettes. Non-stop ad campaigns of tobacco products and the distribution of free cigarette samples at popular events also results in more people taking up smoking, it added.

Similarly, the WHO noted, product placement in movies, TV shows and social media platforms with paid influencers are on the rise. The industry spends $1 million per hour on an ad campaign.

In all, the industry spends $9 billion on advertisement, mainly to add eight million young users to replace the eight million smokers who die from smoking-related complications every year.

“It means we are bringing up a whole generation of smokers,” said educationist Syed Hasan Shahzad. “Our education managers should launch a new strategy for school students in order to raise awareness about the tobacco industry tactics that attract them towards addictive products.”

Meanwhile, Dr Javed Khan, Aga Khan University pulmonologist, spoke on multiple impacts of smoking during the Covid-19 times, saying smokers are at a greater risk of coronavirus due to the bad health of their lungs.

He urged the government to increase taxes on tobacco products, including a surcharge of Rs10/pack of cigarette and Rs1/250ml of sugary drinks to generate more funds to tackle the current pandemic.