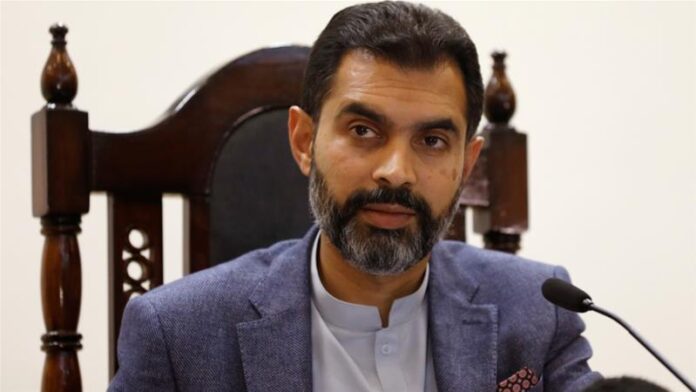 ISLAMABAD: State Bank of Pakistan (SBP) Governor Dr Reza Baqir on Wednesday said that the coronavirus outbreak had delayed but not derailed the economic recovery process.

Addressing a webinar, the governor said that Pakistan’s pre-coronavirus performance on the economic front had helped contain the huge damage that could have been caused otherwise.

He said that the pre-coronavirus improvements in fundamentals, prudent policy response during the outbreak, and fully-funded external and fiscal positions helped the economy stand its ground.

He said that due to this performance, the outbreak’s impact on financial markets had been relatively contained in Pakistan compared to many other emerging markets.

“Proactive and prudent fiscal and monetary policy measures, in coordination with international financial institutions have also been helping to cushion the impact of Covid-19,” he remarked.

Recalling the worst economic situation in 2018 and early 2019, the SBP governor said that had the Covid-19 surfaced at that time, our economy would have been on its knees by now.

He said that the government had to face criticism overtaking difficult decisions to streamline the country’s economy but those decisions were bearing fruits now.

He also said that in order to minimise the impacts of lockdown in the country, the central bank took a number of measures, including Rozgar scheme, relief package for household and businesses, supporting health sector to combat the virus, relaxing credit requirements for exporters and importers, and facilitating new investment.

Dispelling the impression that only big industrialists and businessmen were taking benefit of it, the SBP governor maintained that around 95 per cent of beneficiaries of these schemes were small borrowers. He said that liquidity relief of over one trillion rupees had been provided so far by the SBP during Covid-19.

Replying to a question, he said that the subsidy announced by the central bank on loans was still significant despite a reduction in interest rate. However, he assured that the bank was also considering to further reduce the subsidy keeping in view the reduced interest rate.

To another question, he said, “We are still confident that in the months to come, the inflation will further decrease.”

With respect to complaints by the Small and Medium Enterprise (SME) sector that the commercial banks were not providing them with required loans, he said that the SBP was focusing on bringing about a ‘stick and carrot policy’ for banks to provide maximum loans to small businessmen. He also assured to inject further liquidity to increase loans for the SME sector.

With regard to the policy rate, the SBP governor remarked that the monitory policy committee would be revised down provided there was a further reduction of inflation.

Replying to another query, he said that the exchange rate of Pakistani rupee was stable as the country’s resources were sufficient. “There is no need to worry if the exchange rate fluctuates… it is just like a commodity, the prices of which fluctuates on a daily basis,” he added.