Groundbreaking of ML-I project likely in March next year 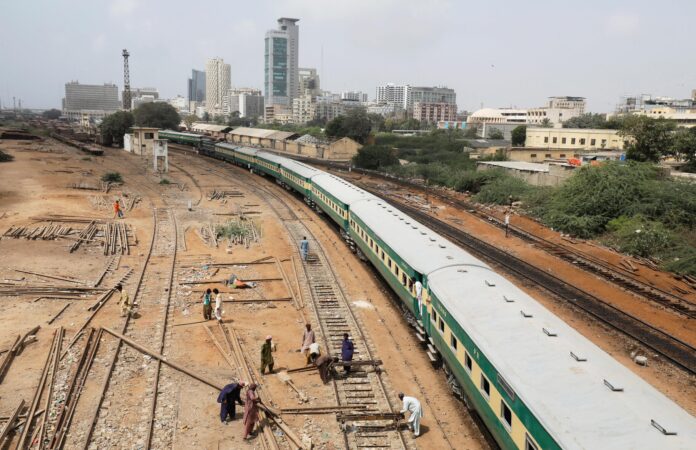 ISLAMABAD: After the Central Development Working Party’s approval regarding the upgradation of the Karachi-Peshawar Main-Line (ML-1) Project, the government is expecting the groundbreaking of the project around March 2021.

According to the budgetary documents, the concessional financing agreement for the landmark ML-1 Project (estimated to be $7.2 billion) is expected to be finalised in 2020, and subsequently, an arrangement will be made for the commencement of physical work.

The strategic railway project of ML-1 has been planned as part of the second phase of the China-Pakistan Economic Corridor (CPEC).

The implementation period of the project is nine years — to be executed in three phases. The project, which aims to upgrade and dualise 1,872-km rail track from Peshawar to Karachi, has the potential to create 174,000 direct jobs.

According to documents, “The government has so far remarkable progress on the ML-1 project, with the financing committee, which has participation from both countries, successfully holding several meetings to finalize the concessional financial modalities for the project.”

Meanwhile, the government has allocated a total of Rs6 billion for the ML-1 Project under its Public Sector Development Programme (PSDP) 2020-21.

A planning ministry official informed that the project allocation would be increased in the coming years when physical work on the project would start gaining momentum.

He said that 90pc of the total project would be funded by China.

In total, the government has allocated Rs77 billion for various development projects under CPEC for the year 2020-21.