On eve of bankruptcy, US firms shower execs with bonuses 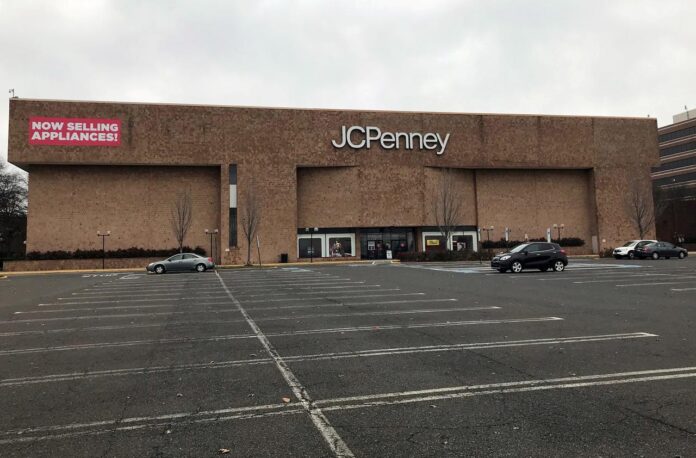 Nearly a third of more than 40 large companies seeking US bankruptcy protection during the coronavirus pandemic awarded bonuses to executives within a month of filing their cases, according to a Reuters analysis of securities filings and court records.

Under a 2005 bankruptcy law, companies are banned, with few exceptions, from paying executives retention bonuses while in bankruptcy. But the firms seized on a loophole by granting payouts before filing.

Six of the 14 companies that approved bonuses within a month of their filings cited business challenges executives faced during the pandemic in justifying the compensation.

Even more firms paid bonuses in the half-year period before their bankruptcies. Thirty-two of the 45 companies Reuters examined approved or paid bonuses within six months of filing. Nearly half authorized payouts within two months.

J.C. Penney – forced to temporarily close its 846 department stores and furlough about 78,000 of its 85,000 employees as the pandemic spread – approved nearly $10 million in payouts just before its May 15 filing. On Wednesday, the company said it would permanently close 152 stores and lay off 1,000 employees.

The company declined to comment for this story but said in an earlier statement that the bonuses aimed to retain a “talented management team” that had made progress on a turnaround before the pandemic.

The other companies declined to comment or did not respond. In filings, many said economic turmoil had rendered traditional compensation plans obsolete or that executives getting bonuses had forfeited other compensation.

Luxury retailer Neiman Marcus Group in March temporarily closed all of its 67 stores and in April furloughed more than 11,000 employees. The company paid $4 million in bonuses to Chairman and Chief Executive Geoffroy van Raemdonck in February and more than $4 million to other executives in the weeks before its May 7 bankruptcy filing, court records show. Neiman Marcus drew scrutiny this week on a plan it proposed after filing for bankruptcy to pay additional bonuses to executives. The company declined to comment.

Hertz – which recently terminated more than 14,000 workers – paid senior executives bonuses of $1.5 million days before its May 22 bankruptcy, in part to recognize the uncertainty they faced from the pandemic’s impact on travel, the company said in a filing.

Whiting Petroleum Corp bestowed $14.6 million in extra compensation to executives days before its April 1 bankruptcy. Shale pioneer Chesapeake Energy Corp awarded $25 million to executives and lower-level employees in May, about eight weeks before filing bankruptcy. Both cited fallout from the pandemic and a Saudi-Russian oil price war, which they said rendered their incentive plans ineffective.

Reuters reviewed financial disclosures and court records from 45 companies that filed for bankruptcy between March 11, the day the World Health Organization declared COVID-19 a pandemic, and July 15. Using a database provided by BankruptcyData, a division of New Generation Research Inc, Reuters reviewed companies with publicly trade stock or debt and more than $50 million in liabilities.

Such bonuses have long spurred objections that companies are enriching executives while cutting jobs, stiffing creditors and wiping out stock investors. In March, creditors sued former Toys ‘R’ Us executives and directors, accusing them of misdeeds that included paying management bonuses days before its 2017 bankruptcy. The retailer liquidated in 2018, terminating more than 31,000 people.

A lawyer for the executives and directors said the bonuses were justified, given the extra work and stress on management, and that Toys ‘R’ Us had hoped to remain in business after restructuring.

In June, congressional Democrats responded to the pandemic-induced wave of bankruptcies by introducing legislation that would strengthen creditors’ rights to claw back bonuses. The bill – the latest iteration of a proposal that has long failed to gain traction – faces slim prospects in a Republican-controlled Senate, a Democratic aide said.

Firms paying pre-bankruptcy bonuses know they would face scrutiny in court on compensation proposed after their filings, said Clifford J. White III, director of the U.S. Trustee Program, a Justice Department division charged with monitoring bankruptcy proceedings. But the trustees have no power to halt bonuses paid even days before a company’s bankruptcy filing, he said, allowing firms to “escape the transparency and court review.”

The 2005 legislation required executives and other corporate insiders to have a competing job offer in hand before receiving retention bonuses during bankruptcy, among other restrictions. That forced failing firms to devise new ways to pay the bonuses, according to some restructuring experts.

After the 2008 financial crisis, companies often proposed bonuses in bankruptcy court, casting them as incentive plans with goals executives must meet. Judges mostly approved the plans, ruling that the performance benchmarks put the compensation beyond the purview of the restrictions on retention bonuses. The plans, however, sparked objections from Justice Department monitors who called them retention bonuses in disguise, often with easy milestones.

Companies argue the bonuses are crucial to retaining executives whose departures could torpedo their businesses, ultimately leaving less money for creditors and employees. Now, some companies are bolstering those arguments by contending that their business would not have cratered without the economic turmoil of the pandemic.

The pre-bankruptcy payouts are needed, companies say, because potential stock awards are worthless and it would be impossible for executives to meet business targets that were crafted before the economic crisis. The bonuses ensure stability in leadership that is needed to hold faltering operations together, the firms contend.

Some specialists argue the bonuses are hard to justify for executives who may have few better job options in an economic crisis.

“With double-digit unemployment, it’s a strange time to be paying out retention bonuses,” said Adam Levitin, a professor specializing in bankruptcy at Georgetown University’s law school.

J.C. Penney has not posted an annual profit since 2010 as it has struggled to grapple with the shift to online shopping and competition from discount retailers. The 118-year-old chain, at various points, employed more than 200,000 people and operated 1,600 stores, figures that have since been cut more than half.

The annual pay of the company’s median employee, a part-time hourly worker, was $11,482 in 2019, a company filing shows.

J.C. Penney filed for bankruptcy two days after paying Soltau’s bonuses. At a hearing the next day, a creditors’ lawyer argued the payouts were designed to thwart court review. The payouts were timed “so that they didn’t have to put it in front of you,” said the lawyer, Kristopher Hansen, addressing US Bankruptcy Judge David Jones.

Jones – who is also overseeing the Whiting Petroleum, Chesapeake Energy and Neiman Marcus cases – told Reuters that such bonuses are “always a concern” in bankruptcy cases. “That said, the adversarial process demands that parties put the issue before me before I can take action,” he added, emphasizing he was speaking of general dynamics applicable to any case. “A comment made in passing by a lawyer is not sufficient.”

In its statement earlier this year, J.C. Penney said the bonuses were among a series of “tough, prudent decisions” taken to safeguard the firm’s future.

Dennis Marten – a shareholder who said he once worked at a J.C. Penney store – disagrees. He has appeared at court hearings pleading for an investigation of the company’s leadership.

“Shame on her for having the gall to get that money,” he said of Soltau.