IHC CJ says 'no one is above the law, not even courts' 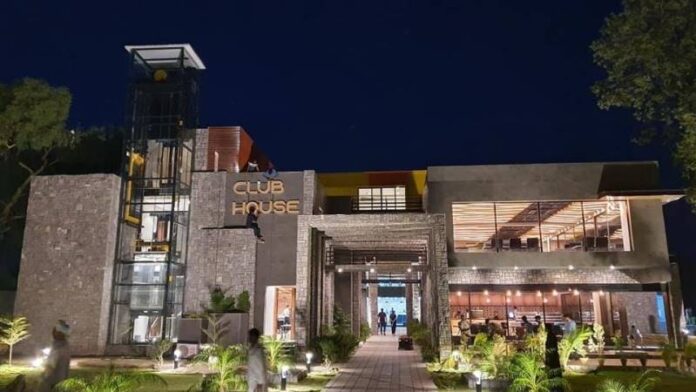 During the hearing on Thursday, a board member told the court that the CDA had not issued any allotment letter for the land in question. To which, IHC Chief Justice Athar Minallah asked if the authority had taken any action to halt the construction. “We had issued notices to the navy,” the CDA representative informed the judge.

“What do you mean ‘you issued notices’” asked Justice Minallah.”Demolish the building.”

Last week, the navy had clarified that the land in question was, in fact, allotted to it in 1994 for the development of a water sports centre. A statement issued at the time had asserted that navy divers are trained at the club who, then, take part in rescue operations in all four provinces and the federally administrative units, including Azad Jammu and Kashmir, as the club is the only such facility in the north of the country.

Citing a 1994 order of the Prime Minister’s Office (PMO), the CDA official informed the court that the permission to build the sports facility was granted by prime minister of the day, Benazir Bhutto.

However, the judge ordered the CDA to seal the facility before the next hearing, saying in case the authority fails to comply, the court will summon Cabinet Secretary Ahmad Nawaz Sukhera. He also directed the issue to be presented before the cabinet.

The judge wondered if the flagship military project was supported by any legal provision providing space for a purportedly commercial project.

When a Pakistan Navy representative, who was present in the court, sought time to submit a response, Justice Minallah asked what did the navy need time for. “We respect you, appreciate your sacrifices and honour your martyrs but an illegal construction isn’t allowed,” he said.

“Why are you defending something which is indefensible [according to relevant laws],” he questioned.

“Islamabad is the country’s capital, not a tribal area. No one is above the law. Not even this court.”