Estonia is the first country in the world to establish ease of business through e-residency, and Pakistanis may benefit from it 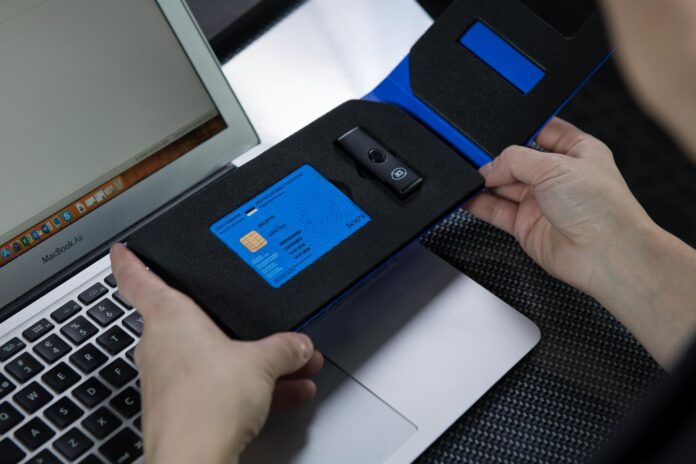 We don’t have to look very hard to find the problems faced by Pakistani businesses as they look to compete in an increasingly interconnected world economy.

While successive governments have worked on mitigating several issues such as the energy crisis, security concerns and our transport infrastructure – all of which have received a considerable boost due to the China Pakistan Economic Corridor – our businesses still lack easy access to foreign markets and are subject to increased scrutiny and tariffs.

For starters, we have an incredibly weak passport, which was ranked 104 by the Henley Passport Index, only above Syria, Afghanistan and Iraq- and our country’s negative perception internationally, Pakistani businesses have struggled to expand abroad, both due to a lack of awareness on both sides of the border and the red tape that exists which can be a hassle to maneuver around.

One of the new concepts in the modern-day business world that continues to gain traction increasingly is that of an E-residency. E-residency enables non-citizens to access banking, form companies and process payments in a host country. The first country to launch e-residency, Estonia, a former Soviet republic in the Baltics and an EU member state, started providing this service in 2014 and has reaped millions in profits from it as an increasing number of individuals have availed the facility to open businesses in Estonia.

Essentially, individuals and businesses can form companies or subsidiaries in Estonia remotely, which will be subject to EU regulations and taxation, and bypass the higher taxes that they may incur if they were to attempt exporting their goods or services there from a country that hasn’t inked a Free Trade Agreement with the EU, such as Pakistan. This legal technique has been used extensively by citizens of Estonia’s neighbor, Russia, among others, to establish businesses in Estonia despite the two countries’ strained ties, leading to a considerable revenue stream for the small Baltic country.

Pakistan’s fraternal country, Azerbaijan, has also launched its version of virtual residency, known as m-residency, becoming the second country in the world to do so and given foreign entrepreneurs an opportunity to set up businesses on its shores as it looks to diversify from its oil based economy. While Azerbaijan lacks access to the EU common market, it offers lower taxation for m-residents – a complete three year tax exemption for companies and individuals with a start-up certificate, followed by 5% in profit tax, instead of its usual rate of 20%.

It needs to be clearly stated though that e-residency has no correlations with physical residency and has no bearing on applying for citizenship in any of the countries offering this. Pakistani businesses can, however, stand to gain considerably from e-residency, as eliminating red-tape can bring down costs substantially. It can be argued that this factor has played a considerable role in over 1200 Pakistani individuals and businesses applying for Estonian e-residency over the past six years.

While Pakistan will have a different set of opportunities to offer from Estonia due to its access to the EU common market and our experience may differ from Azerbaijan’s too despite its proximity, we do have a lot to offer foreign entrepreneurs if our country embarks on this journey and offers e-residency to foreigners.

We have a huge labor market of trained IT professionals who can be harnessed by global firms if they’re able to set up operations – physical or virtual – in our country. While our security issues have driven away millions of foreign exchange over the past two decades, those issues can be entirely mitigated with this particular endeavor.

With Pakistani universities churning out graduates at an impressive rate, particularly in the fields of IT and Computer Science, the issues of chronic unemployment that plagues the youth in our country along with a dearth of foreign exchange can both be alleviated with this. Outsourcing continues to happen rapidly, especially in the tech and IT fields, and our eastern neighbour, India, has profited considerably from this with several tech and finance giants establishing headquarters in Ahmedabad and Chennai.

By eliminating red-tape and initiating e-residency for foreign businesses and providing tax benefits at a rate that is comparable to Azerbaijan’s, Pakistan can, as a country, compete to host regional offices in our tech hubs in Karachi and Lahore.

Covid-19 has hastened the demise of brick-and-mortar businesses and the traditional work-place. Pakistan will need to act fast though if it wishes to gain a significant share in this new reality. Pakistani businesses should avail this opportunity to gain a foothold in the EU, an influential trading block that can provide us with badly needed revenue.

Our government should perhaps look to compete with arch-rival India in the fields of tech by enticing foreign firms to establish on our soil. The benefits in both cases for Pakistani individuals and businesses are immense, if harnessed properly.

October 23, 2020
KARACHI: Karachi Administrator Iftikhar Ali Shalwani said on Friday that Turkey has offered to launch tram service in the port city and the administration...