Will the auto sector ever recover? Eventually

Expect low earnings for auto assemblers this quarter, though low interest rates and improving farmer economics will help in the recovery 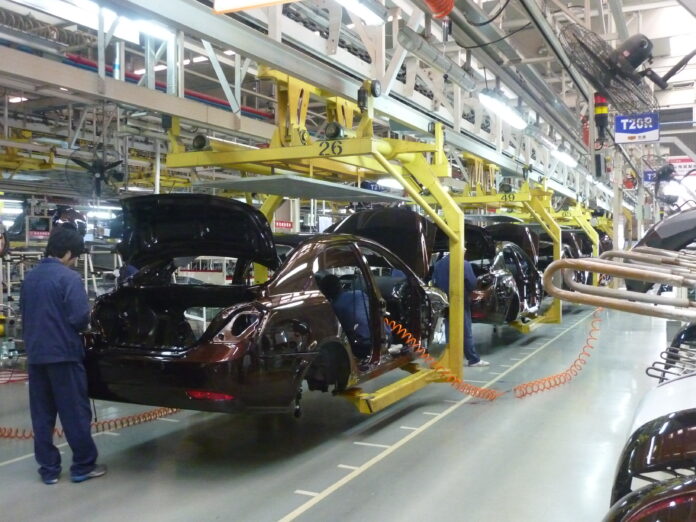 It seems like every month, this magazine devotes space to the ailments faced by the auto sector. And for good reason: as has been pointed out earlier, if there was any more proof that Pakistan is reliving a slump, it is that the total car sales in fiscal year 2020 are the lowest they have been since 2009. The low sales, along with the depletion of gross margins, means that earnings of auto assemblers are set to decline sharply in the fourth quarter of fiscal year 2020, according to Hammad Akram, analyst at Topline Securities, in a note issued to clients on July 22.

Akram looked at four auto assemblers – Indus Motors, Honda Atlas Cars, Pak Suzuki Motors, and Millat Tractors – as a metric to judge the auto industry by. Together, the total volumetric sales of the auto industry are down 70% year-on-year to 19,014 units in the fourth quarter of fiscal year 2020, compared to the 63,080 units recorded in the fourth quarter of 2019. This is also a 47% decline from the 36,028 units sold last quarter.

According to Akram, such a sharp decline is expected to reduce the gross margins of assemblers by between two to five percentage points. Gross margins refers to the net sales revenue minus the cost of goods. Since sales are decreasing, but the fixed costs are likely to stay the same, the fixed cost per unit is likely to substantially rise.

So, what happened? Well first, the most obvious culprit: the Covid-19 pandemic. The government imposed lockdowns throughout the country in March 2020, which continued until May 2020. Car assemblers were deeply affected, as Indus Motors and Honda Car did not operate for up to 60 days, while Pak Suzuki was only open for the last 15 days of the quarter.

The pandemic itself also impacted sales in the second half of the year. Turns out, the middle of a pandemic, and the fear of job security, is when people are least likely to buy a new car. No car sales were recorded by any of these companies in April 2020, and only 4,473 units in total were sold in May 2020.

However, there is a bright spot. First, Indus Motors finally started delivering its new sedan, the Yaris, which was launched in March 2020. There were high hopes for the Yaris: its average price is Rs2.7 million, which is significantly cheaper than the Corolla (at Rs3.7 million). So far, the model has recorded sales of 1,327 units in the fourth quarter – impressive, considering the general Covid-19 climate.

Indus Motors also maintained some short term investments of Rs31 billion in the fourth quarter, so ‘other income’ is expected to help out somewhat, accounting for Rs8.9 per share. Akram expects a cash payout of Rs2 per share this quarter, taking the total payout to Rs25 per share for fiscal year 2020.

Honda Cars saw its sales fall 72%, from 8,346 units in fiscal year 2019’s fourth quarter, to 2329 units in this quarter. Akram expects Honda’s earnings to break even in the first quarter of MY21. In the previous quarter, the company had recorded a loss of Rs0.2 per share, mostly due to very high finance costs, and a turnover tax rate of 105%.

“We expect sequential improvement due to normal effective tax rate and lower finance costs due to substitution of local currency loan with short term loan of USD14mn at a markup rate of 3.2% from Asian Honda Motor Co,” says Akram.

Pak Suzuki Motors sales fell 75%, from 30,433 units in the fourth quarter of fiscal year 2019, to 7512 units in the fourth quarter of fiscal year 2020. The gross margins are expected to come in at around 1% in the second quarter of calendar year 2020, and thus, the company expected to record a loss of Rs13.2 per share. Most of these losses can be attributed to the plant shutdowns, which severely impacted Pak Suzuki Motors. In addition, Akram noted that the  company’s high finance costs would continue to affect profitability, as the company was highly leveraged, with a debt to assets ratio of 41%.

Millat Tractors numbers are indicative of the tractor industry in general, and will help in the recovery of the auto sector. During the lockdown, the government allowed agriculture activities to continue. This meant tractor industries were exempt from the shut down, and Millat Tractors resumed operations in mid April 2020. The government also allowed for a Rs2.5 billion tractor subsidy, which has helped farmers buy more tractors, and keep sales alive.

In addition, interest rates have been slashed from 13.25% in March to 7% in June. This will bode well for sales going forward. As noted previously, banks like Habib Bank and Bank Alfalah have started to offer discounted limited time promotions on auto loans. Granted, the loan space is still in its nascent stages: HBL’s scheme has attracted less than 1000 applicants. But the combination of low interest rates and favourable auto loans may mean that auto sales jump in the coming months.

Profit
Previous articleElectricity generation in Pakistan rising, despite the pandemic
Next articleCutting through red-tape with e-residency

In religious tourism, it’s strictly business. Now the govt wants to regulate it like one

For decades there has been no policy managing the religious tourism to Iran, Iraq, and Syria, allowing tour operators to work with impunity. The government finally wants to regulate it.
Read more
FEATURED

As temperatures soar, so do Pak Elektron’s profits

The maker of the PEL brand of white goods witnesses a recovery in its appliances business, and better than expected power sales
Read more

Agreement for Rashakai SEZ to be signed by August end, says Asim Bajwa