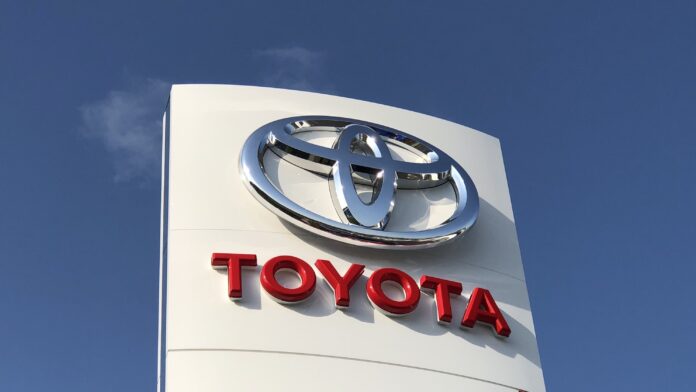 TOKYO: Toyota Motor Corp eked out its smallest quarterly profit in nine years as the coronavirus pandemic halved its car sales and nearly wiped out its bottom line.

However, shares in Japan’s top automaker rose 2.3pc in a weaker broader market as analysts had expected a loss, while comments from a company spokesman on a faster-than-expected sales recovery also provided support.

Toyota’s operating profit plunged 98pc to 13.9 billion yen ($131.73 million) for the three months ended June, better than a consensus estimate for a loss of 179 billion yen drawn from a Refinitiv poll of seven analysts.

The sharply lower earnings underline the challenges the auto industry is facing because of the pandemic that has shuttered factories and kept customers out of dealerships.

Toyota reiterated its annual operating profit forecast of 500 billion yen, its weakest in nine years, arguing that the coronavirus could still hurt its brighter sales outlook.

“The pace of recovery in a number of regions has been faster than we had initially forecast,” a Toyota spokesman said.

“But the virus situation continues to place many uncertainties on the business outlook … and we see a possibility that our forecast could change.”

The maker of the RAV4 SUV crossover and the Prius gasoline hybrid expects global retail sales of 9.1 million cars this year, its lowest in nine years.

That would mark a 13pc decline from 10.46 million last year, but is an improvement on a previous outlook for a 15pc drop.

Toyota expects to take the most serious hit in North America, its biggest market, accounting for about a quarter of its global sales, and where it sees an annual sales drop of 14pc.

A 62pc tumble in the region during the first quarter led to a 50pc slump in consolidated global sales to 1.16 million units.

But as sales have plummeted in most regions, China has been a bright spot for Toyota. Demand in the world’s biggest car market recovered faster than elsewhere as the tightly controlled state has largely beaten back the pandemic and reopened its economy.

Toyota’s Lexus luxury brand has been a big beneficiary of the return in demand, pushing January-July sales up 7pc on the year thanks to online marketing campaigns during the country’s lockdown. Toyota expects global sales to gradually improve through December, returning to normal in January-March 2021 to be up 5pc on the year.

The SBP is controlling car imports

The Rupee’s worrying free fall has led to the automobile industry being caught in the eye of the storm. Designated as one of the...
Read more
World Business News