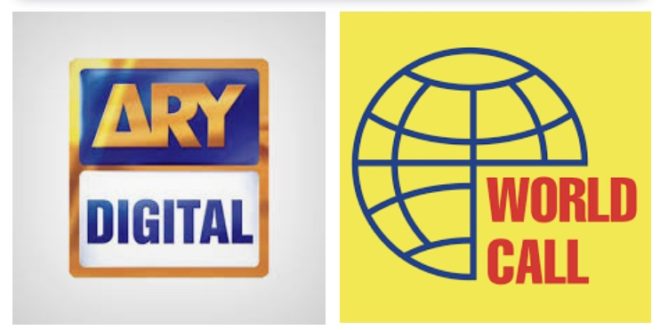 The letter revealed the intention of ARY Communications Limited and ARY Digital FZ LLC to acquire 51pc shares of WTL, with AKD Securities as the manager to the offer. 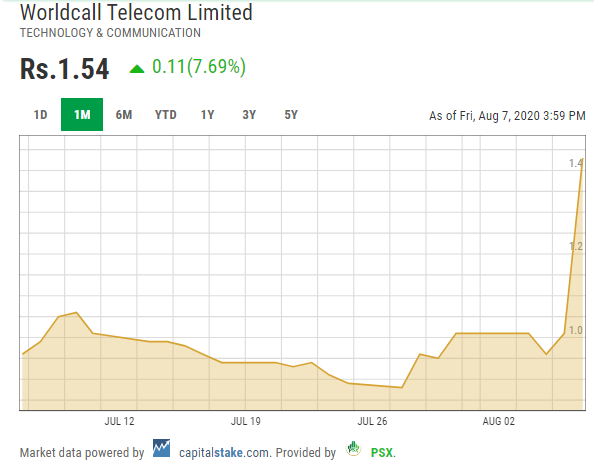 The total number of issued ordinary shares by the company as of August 5, 2020, was 2,458,753,891, or approximately 2.5 billion. Trading of 242 million shares shows that approximately 10pc of the company’s shares changed hands in a single day.

Yesterday, the stock market passed the 40,000-mark as the trading volume increased 65pc (highest of the year), a bulk of which was attributable to the penny stock WTL.

However, this is not the first time Worldcall has made an acquisition announcement and witnessed stock price increase because of that. On October 30, 2019 – back then with Shajar Capital as the manager of the acquisition – Worldcall announced its takeover, with the intention to disclose the takeover information on November 1, 2019. But as per PSX data, the announcement was made on October 31, 2019, and the next trading week saw a price upshoot from Rs1.22 to Rs1.70.

Whether this second announcement, this time with AKD Securities, will lead to an actual change of ownership or will it be just another intimation of a takeover is for time to tell.

In a recent interview with Profit, ARY Digital Network CEO Salman Iqbal had said, “We’re still very interested in WorldCall. I think it’s a good company, but it’s dying, and that is the kind of challenge I like. It’s the age of media, and we’re looking to acquire majority shareholding into the company.”

As for a timeline on the deal, Iqbal optimistically chirped, “You’ll hear from the PSX very soon. It’s happening. We’re going through with it.”

Another interesting nugget of information about WTL is that 39.98pc of its shares are owned by Worldcall Services Private Limited that has Syed Babar Ali on its board of directors (along with Muhammad Azhar Saeed and Muhammad Murtaza Raza). He was also on the board of directors of the company at the time of the previous announcement but now that position seems to have been taken by his daughter Hina Babar.

This position change is not the only transformation the company went through between these two announcements. From an issued share capital of 1,805,921,917 shares (approximately 1.8 billion), the company went to an issued share capital of 2.5 billion shares (2,458,753,891 to be exact). Similarly, the majority shareholding by Syed Babar Ali’s Worldcall Services Private Limited also increased from approximately 28pc in October 2019 to 40pc in August 2020.

The second majority shareholder in the Worldcall Telecom – Ferret Consulting F.Z.C – reduced its ownership from 17.97pc shares in October 2019 to merely 7.53pc shares in August 2020, while the third majority shareholder – AMB Management Consultations (PVT) limited – almost completely withdrew its investment from 7.51pc shares in 2019 to 0.24pc in 2020. For reference, in numbers, this is a decrease from over 139 million shares to a meagre five million shares.