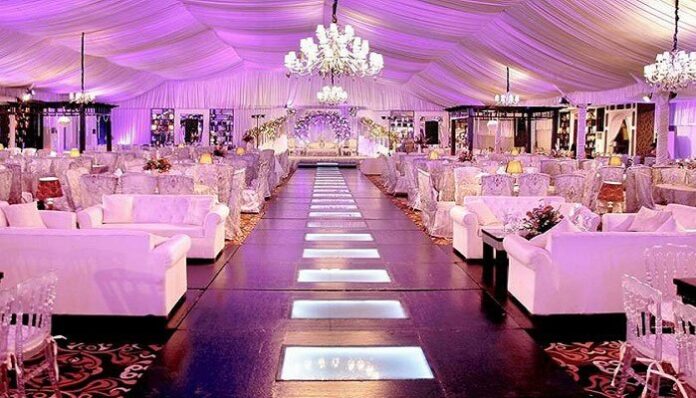 The government had earlier announced that marriage halls will be reopened from September 15, after the spread of Covid-19 showed a declining trend.

PPA North Region Vice Chairman Muhammad Fargham, in a press briefing, welcomed the announcement made by the Federal Minister for Planning, Development, Reforms and Special Initiatives Asad Umar regarding the reopening of restaurants and hotels from August 10.

Fargham said that the coronavirus lockdowns, which led to the closure of marriage halls and restaurants across the country, have further dented the already struggling poultry industry.

He said that the countrywide lockdown in the wake of the Covid-19 pandemic has been officially lifted and markets and businesses have been allowed to reopen, adding that keeping restaurants and marriage halls closed will be unfair under such circumstances.

He stated that the marriage halls and the restaurant industry have been badly affected by Covid-19 induced lockdowns that have been in place since March 20, 2020.

Speaking to Profit, PPA North Region Secretary Syed Javed Hussain Bukhari said that the poultry sector incurred a loss of around Rs400 billion due to Covid-19 related lockdowns adding that the industry shrunk from Rs1,200 billion to Rs800 billion because of the pandemic.

“We urge the government to reopen marriage halls from August 10 while ensuring the implementation of Covid-19 SOPs, so that marriage hall owners and poultry farmers can recover some of the losses incurred since March,” he said.

Hussain Bukhari said that the poultry industry and restaurant and marriage hall owners have been constantly taking up the issue of reopening of restaurants and marriage halls with the concerned authorities. He said that the industry representatives had also written letters to the chief minister and the prime minister, asking them to pay heed to the bad shape of the poultry industry.