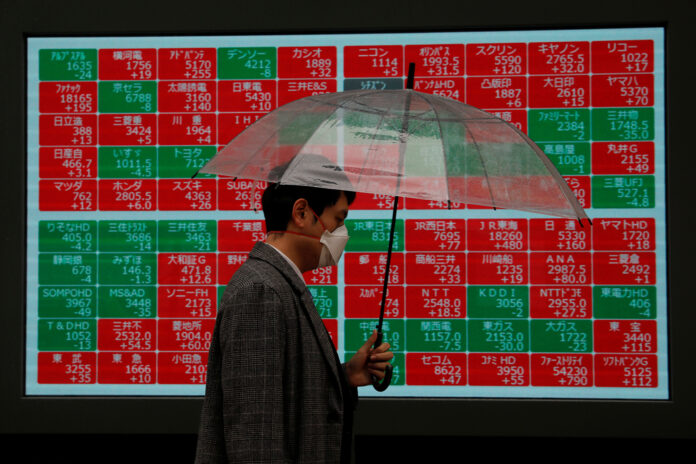 NEW YORK: Companies risk losing more than 40pc of annual profit once a decade in a world threatened by trade wars, cyberattacks, pandemics and climate change, according to McKinsey & Co, which estimates the Covid-19 crisis could top $5 trillion in economic losses worldwide.

The New York-based consultancy, in a report that analyses 325 companies in 13 industries, quantifies what corporate number crunchers have sensed since the tsunami struck Japan in 2011: that man-made and natural disasters are getting more severe, frequent and costly, and that supply chains spanning the globe need to adapt to reduce exposure to threats to business survival.

“The average company can expect to have a month to two months’ disruption of production every 3.7 years, which is incredibly frequent,” said Susan Lund, a partner at the McKinsey Global Institute. “So although you don’t know what the next shock is going to be, the fact is, in most industries, these have become quite significant.”

By establishing the frequency of disruptions, McKinsey modelled the potential financial fallout. The most severe shock lasting 100 days could wipe out an entire year of earnings in some industries, it said.

According to the report, the five sectors that are most exposed to a set of six shocks account for some $4.4tr in annual exports, or about a quarter of global trade. Those industries are communications equipment, apparel, petroleum products, transportation equipment and mining. The least exposed are food and beverage, pharmaceuticals, fabricated metal, wood products and medical devices.

McKinsey started its research at the end of last year, when the US-China trade war seemed like a sizable blow to global trade. Then the pandemic delivered the “mother of all supply-chain shocks,” potentially causing $5tr in losses “if we end up in the middle scenario that we model,” Lund said.

“Companies that didn’t know that they had any link to Wuhan found out that they did,” she said, referring to the central Chinese city where the virus first emerged last year.

As companies reassess the trade-offs between efficiency and resilience, many are considering more geographically dispersed suppliers, particularly in places other than China.

McKinsey’s report estimated, however, that production amounting to only 16pc to 26pc of global trade, worth $2.9tr to $4.6tr, could feasibly move across borders over the next three to five years.

For labour-intensive industries like textiles, apparel and furniture, there’s a good argument to move production from China to places like Bangladesh, Vietnam, India or Ethiopia.

But for high-tech fields like semiconductors, the opposite is true, Lund said. “There is no business case to invest outside the established cutting-edge clusters outside Taiwan and South Korea because it’s a massive, massive capital investment, huge economies of scale and highly specialised,” she said.