General Bajwa says, the budget for the port city is insufficient to meet its needs in comparison to other commercial hubs of the world 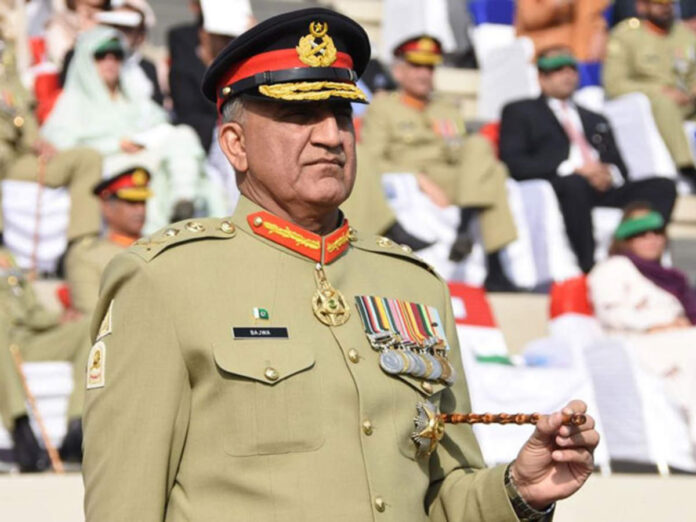 KARACHI: Chief of Army Staff (COAS) General Qamar Javed Bajwa has assured help for the entrepreneurs in Karachi, as trade and commerce in the metropolitan has been adversely affected by the torrential rainfalls.

The COAS said this in a meeting with the city’s businessmen at the Corps Headquarters in Karachi on Wednesday, the second day of his visit to the city.

In a two and a half hours meeting, the COAS was informed about the hardships that are being faced by industrialists and businessmen due to inundated roads, devastated infrastructure, and delay in production activities.

COAS said that none of the cities in Pakistan could cope with the recent spells of heavy rainfall in Karachi and added that the country’s issue “isn’t non-availability of resources but setting priorities right.”

During the meeting, COAS stressed that the budget for the port city was insufficient to meet its needs in comparison to other commercial hubs of the world.

Bajwa assured that he would bring all the problems discussed with the businessmen under immediate attention of Prime Minister Imran Khan.

COAS said that the Pakistan Army will fully support the federal government and provincial government in their plans to revive Karachi adding that the business community will also play a significant role in the planning.

“Army chief was very well prepared and it seems he has a clear roadmap about Karachi” AKD Group Chairman Aqeel Karim Dhedhi said while speaking to a local news network.

He said that the army chief had assured that a three-year plan will be made to fix Karachi’s outstanding issues.

COAS expressed satisfaction on the disaster-relief work, adding that the army will not leave the people in this time of need. He also appreciated the security arrangements for Muharram. Efforts would continue to maintain normalcy in Karachi and the province, he said.

COAS reached Karachi on Tuesday for a two-day visit and was flown over the metropolitan to assess the situation of urban flooding due to rain.