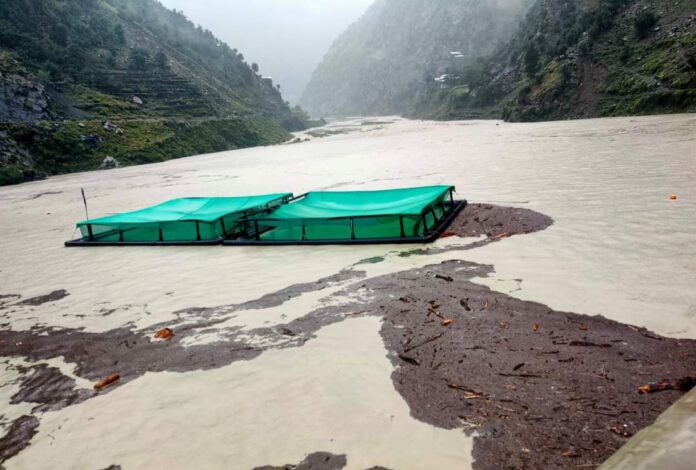 PESHAWAR: Floods in different districts of Malakand Division have swept away more than 25 established fish units, incurring huge losses to farm owners as more than 10,000 kg fish has been destroyed.

The Khyber Pakhtunkhwa (KP) government had allocated Rs380 million in the current financial development program to build fish hatcheries in Malakand and Hazara divisions to increase trout fish production but due to a lack of funds, work on the project couldn’t be started.

During the floods in Swat, more than 25 trout fish hatcheries were affected. The farm owners complained that millions of rupees worth fish and infrastructure have been washed away along with months of hard work. Hundreds of labourers working in these hatcheries also lost their jobs due to the floods. According to locals, floodwaters in the trout ponds have endangered their lives, prompting fish owners to evacuate it and bring to the markets and sell it at much cheaper prices.

The KP government has built dozens of hatcheries at a cost of billions of rupees in the last two years in various areas including Hazara and Malakand divisions to increase trout fish production which had significantly increased production in the province.

According to the Fisheries Department in Swat, the district is leading in the trout fish production in the province with a production of five to six tonnes.

However, the sector was badly damaged first due to terrorism and the by floods which have almost wiped out farms from the district. Now, they have been restored with the help of the government and various NGOs. According to farm owners, 22 to 25 species of fish are found in Swat, however, trout is a favourite food of tourists visiting Swat.

According to the Swat Hotel Association, Swat tourism, as well as locally produced products including warm shawls, hats, fruits and trout fish, have been badly affected by terrorism for many years. It was also hit by 2010 floods and the had hardly recovered when the current natural flood calamity struck the businesses.

Trout fish sales are high in hotels in Swat. Due to the loss, the Fish industry leaders have called on the provincial government to announce a financial package to rehabilitate and repair flood-damaged hatcheries.